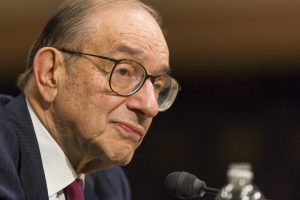 One of the biggest names in finance has come out against the Dodd-Frank Act. On CNBC’s business show “Squawk on the Street” Thursday, Former Federal Reserve Chairman Alan Greenspan said that doing away with Dodd-Frank regulations would improve the country’s financial market.

“If you get rid of Dodd-Frank,” Greenspan said in the interview, “it’s going to have a very significant positive impact on the economy.”

Greenspan’s comments arrive on the back of an Executive Order issued by President Donald Trump in February that called for the Treasury to review Dodd-Frank—as well as any laws or rules enacted under it, including the Consumer Financial Protection Bureau.

According to Greenspan’s own assessment, eliminating Dodd-Frank would provide some relief to the stock market.

“In my judgment,” Greenspan said, “that’s where the surge in the stock prices has come from. It’s very difficult to find anything other than that, which I find really positive.”

The FDIC recently proposed a blueprint that would allow banks to enjoy some relief from Dodd-Frank regulations.

During his CNBC interview, Greenspan also had recommendations for how the new administration can deliver on its promises of major tax cuts.

“The simplest way to get tax cuts is to cut spending,” Greenspan said, “and the major area where we have to cut it, or at least slow it down dramatically, is entitlements.”

The likelihood of these changes is low. While entitlements like Medicaid, Social Security, and Medicare have long been harangued by Republican Congress members, President Trump vowed not to touch them during his campaign. Newly confirmed Treasury Secretary Steven Mnuchin also echoed those sentiments in late February.

Still, it’s what we need to do to lower American’s tax obligations, Greenspan said.