Head to Cleveland for Green Homes 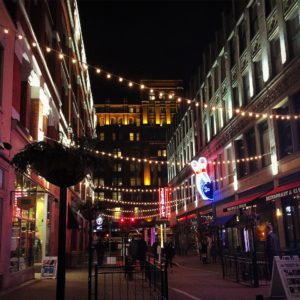 Eco-friendly homes aren’t just good for the earth, but also for homeowners’ pockets according to a study by online real estate brokerage firm Redfin. The analysis found that green homes sold for $46,532 more on average in 2017 than homes without green features. And leading the pack were neighborhoods of Shaker Heights in Cleveland, Ohio that promote sustainable living.

For the rankings, Redfin analyzed real estate listings for all homes in Redfin markets sold between January 2017 and April 2018 and identified those that mentioned one or more green features such as energy efficient, solar, and LEED.

With 66 percent homes with green features and a median sale price of green listings at $460,000 Malvern in Shaker Heights, Cleveland, Ohio earned the top spot in these rankings, followed closely by neighboring Fernway where 60 percent of the homes had green features with a median listing price of $229,650.

Philadelphia, which had earned the top spot last year had two neighborhoods snag the third and fourth spot this year. Both, Chestnut Hill and Spruce Hill boasted 59 percent homes each that had green features. In fact, Chestnut Hill had its own Office of Sustainability, focusing on improving the quality of life in the area and encouraged residents to grow their own food, reduce food waste, conduct home energy audits, and explore solar initiatives.

Red Hook in Brooklyn, New York rounded off the top five with 59 percent homes with green features. Although its median sale price of green listings was the highest among all 10 neighborhoods at $1.8 million.

Baker Ranch, Echo Ridge Village, and Painted Trails in Orange County, California were ranked sixth, seventh and ninth respectively. Georgetown in Seattle Washington was ranked eighth. Listed at number 10 on the ranking was another Cleveland neighborhood, Mercer, that had 55 percent homes with green features and a median sale price of green listings at $297,500.

Previous: Existing Home Sales Grow, But Not Like 2017
Next: Reverse Mortgages Slide from January High