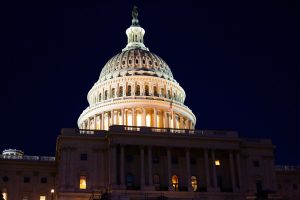 Passing the House was the Improving FHA Support for Small Dollar Mortgages Act (H.R. 1532), a bill sponsored by Rep. Rashida Tlaib (D-MI), which would require the FHA to conduct a review of its policies to identify any barriers to supporting mortgages under $70,000 (“small dollar mortgages”), and report to Congress within a year with an action plan for removing such barriers.

Specifically, H.R. 1532 requires HUD to report on policies, practices, and products used by the FHA and actions that will be taken to remove such barriers or impediments to supporting, facilitating, and making available mortgage insurance for mortgages having an original principal obligation of $70,000 or less. According to the Urban Institute, small dollar mortgage applications were denied by lenders at double the rate of denial for large mortgage loans in 2017—a difference in denial rates not fully explained by differences in applicants’ credit profiles. Rep. Tlaib sees the measure as an important step toward bolstering the FHA’s mission “to serve creditworthy borrowers who are underserved.”

“Today, I am even prouder of my colleagues for bringing us one step closer toward making it law and ensuring every family has access to the American Dream that is homeownership,” said Rep. Tlaib.

Also passing is the Housing Financial Literacy Act of 2021 (H.R. 1395), a bill by Rep. Joyce Beatty (D-OH) that would require the Secretary of the U.S. Department of Housing & Urban Development to discount upfront mortgage insurance premium payments by 25 basis points for FHA single-family first-time homebuyers who complete a HUD-certified housing counseling program. This translates into a cost savings for first-time homebuyers of $250 for every $100,000 financed through a Federal Housing Administration (FHA) mortgage.

“Whether you are managing your credit, creating a budget, saving for retirement, or purchasing a home, understanding the basic principles of planning, saving, and investing for the future are vitally important,” said Rep. Beatty. “Studies show that pre-purchase housing counseling empowers first-time homebuyers to make more informed financial decisions that ultimately benefit their family’s financial future, the neighborhood, and entire economy.”

H.R. 1395 is awaiting further consideration by the U.S. Senate.

Previous: How Increasing Diversity is Expected to Impact Homeownership
Next: The Week Ahead: Advancements Toward a More Equitable Housing System