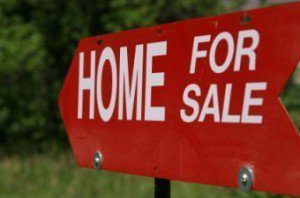 The answer to the housing market’s dilemma of tight inventory may have been found, according to Zillow's latest Monthly Market Report, as more and more are listing their homes and taking advantage of record-high home prices.

Although continued demand for homes pushed total for-sale inventory down 1.1% in March, the monthly decline was the smallest seen since July 2020, thanks to a rush of new inventory (rising 30% from late February to late March).

"March often sees a boost in inventory, and the return to some seasonal norms is a positive sign that supply is beginning to catch up with demand," said Zillow Economist Treh Manhertz. "With home values skyrocketing, vaccination rates rising and employees getting long-term guidance on where they can work, we expect an increasing number of homeowners to join the market and list in the coming months. That will come as welcome news to home shoppers who are seeing bidding wars and homes plucked from the market weeks faster than usual."

The fastest monthly home value growth was seen in Austin, Texas with a 2.4% growth; Phoenix with a 2.3% rise; and Riverside, California with a 1.9% rate of growth, all accelerating from the previous month. Growth was slowest in San Jose at 0.05% growth; San Francisco at 0.6%; and Orlando at 0.7%. Annual appreciation as of March ranged from a high of 20.2% in Phoenix, to a lows of 5.4% in San Francisco.

Previous: The Week Ahead: Advancements Toward a More Equitable Housing System
Next: Leaders Discuss American Rescue Plan Funds for Housing