Housing Prices Up 6 Percent Over 2016 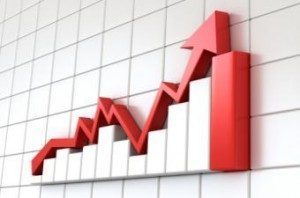 Home prices are up nearly a full percent over the month, according to the February House Price Index released by the Federal Housing Finance Agency on Tuesday. Compared to February 2016, prices rose 6.4 percent. Overall annual price appreciation is also up slightly; from February 2015 to 2016, prices rose 5.8 percent.

Based on sale prices data on homes sold to or guaranteed by Fannie Mae and Freddie Mac in February, the recent HPI shows a 0.8 percent jump in housing prices between January and February 2017. Prices appreciated just 0.2 percent from December 2016 to January 2017.

Out of all nine census divisions, the Mountain region saw the biggest annual increase in prices, with a 9.5 percent uptick over the year. The region includes Montana, Idaho, Wyoming, Nevada, Utah, Colorado, Arizona, and New Mexico. The Pacific division—Hawaii, Alaska, Washington, Oregon, and California—saw a 7.6 percent annual rise, while the Middle Atlantic—New York, New Jersey, and Pennsylvania—saw the least year-over-year growth with just 4.6 percent.

The New England division saw a stark difference in price appreciation over the years; from 2015 to 2016, prices rose just 3.1 percent. From 2016 to 2017, they jumped nearly 7 percent. This region includes Maine, New Hampshire, Vermont, Massachusetts, Rhode Island, and Connecticut. The Mountain region also saw a big jump in annual appreciation, with a 6.7 percent rise from 2015 to 2016 and a 9.5 percent one this year.