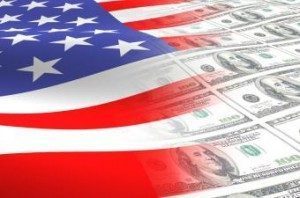 On Wednesday afternoon, Treasury Secretary Steven Mnuchin released a tax reform plan which could have a significant impact on the mortgage industry and the financial industry as a whole. In an interview with The Hill, Treasury Secretary Steven Mnuchin called the tax cuts in President Trump’s reform “The biggest tax cut and largest tax reform in history of this country.” The proposal calls for a reduction of corporate taxes down to 15 percent, cutting the top tax bracket down to 35 percent, and doubling the standard deduction.

The new corporate tax rate would benefit all banks, such as Bank of America. According to a post on The Motley Fool, Bank of America pays the sixth most in taxes of any business in the country, and third most of any bank, followed by JPMorgan Chase and Wells Fargo. A cut from 35 percent to 15 percent could boost Bank of America’s revenue by 19 percent, according to Motley Fool.

Though big banks like Bank of America will be positively impacted by these tax cuts, Mnuchin stated that the tax cuts are intended to be a benefit to small businesses as well. “What we think is important is small business. Small business owner operators will have the benefit… This will not be a loophole to let rich people who should be paying higher rates pay 15 percent,” he said.

"The average American should have simple taxes," Mnuchin said, adding that many people won't end up paying any taxes under the administration's plan.

In The Hill’s interview with Mnuchin, he said that lower tax rates will boost GDP growth from 1.6 to 1.8 percent to three percent, but experts have been debating how these cuts would be offset.

“We definitely need tax reform as a way to grow the economy, and lowering the corporate tax rate is an important piece of that. But there’s been no talk of what the offsets are,” said Maya MacGuineas, president of the Committee for a Responsible Federal Budget on Forbes. “We’ve seen time and time again that economic analysis shows that tax reforms that are paid for grow the economy more than those that aren’t. And what I don’t want to see that this tax reform is going to be paid for by magic.”