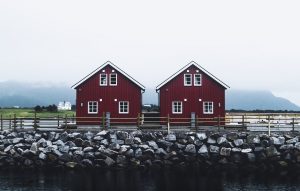 The gap between Black and white wealth historically has been significant, due in large part to housing and lingering effects of past housing policies and systemic injustices, such as redlining. During 2020, in the midst of a global pandemic, those gaps—both homeownership and related wealth—have been shrinking, and the researchers at Zillow say, with certain housing factors falling into place, the racial wealth gap could continue to shrink.

"Incremental increases in homeownership rates and home values among Black households would help shrink the current $3 trillion racial wealth gap by hundreds of billions of dollars over the next decade," according to a new Zillow analysis.

2021's average Black household has only about 23% of the wealth of a typical white household, down from 34.6% before the Great Recession. Housing factors—including lower home values and rates of homeownership—directly account for nearly 40% of that gap, with assets such as investments in stocks and bonds and retirement accounts making up the rest.

"Housing will be a prominent factor determining the course of the racial wealth gap over the next decade," says Zillow economist Treh Manhertz. "The issues caused by historic discrimination won't be solved quickly, but addressing things like increasing access to credit, more equitable lending standards and reducing exclusionary zoning could make buying more accessible and bring significant strides toward closing the wealth gap. In the most optimistic scenario, Black millennials could see housing equality in their retirement, and finally pass on some real wealth to the next generation."

Unlike the disproportionate hit taken during the Great Recession, Black households saw modest progress in narrowing the wealth gap during and leading up to the pandemic. Black-owned home values have also grown just over one percentage point faster than white-owned home values each year for the last three years.

Still, even today, lenders deny mortgages for Black applicants at a rate 80% higher than that of white applicants. The relationship between housing factors and the racial wealth gap underscores the urgency of efforts like expanding access to credit and other initiatives that break down color barriers to homeownership.

"It's abundantly clear that this issue won't solve itself naturally or quickly. The problems run deep and perpetuate inequality," said Manhertz. "Intentional, targeted and dedicated policy is necessary to repair this broken system."

Zillow broke it down by state (you can view the entire report at Zillow.com).