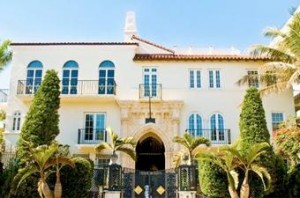 The prices on luxury homes have jumped more than 4 percent since this time last year, according to a Luxury Housing Market Report released by Redfin on Thursday. The average luxury home price hits $1.65 million for the first quarter of 2017.

In total, luxury house prices—which include only homes in the top 5 percent most expensive homes sold in a city—increased 4.2 percent in Q1 2017 compared to Q1 2016, though they decreased 1.6 percent for the quarter-over-quarter. According to Nela Richardson, Chief Economist at Redfin, President Trump’s promises to cut taxes for the wealthy may have a lot to do with the annual uptick in luxury purchases, especially coming off a slow year for luxury sales in 2016.

“After tepid price growth in the luxury segment throughout 2016, the luxury market rallied at the start of the year, following big gains in the stock market,” Richardson said. “Luxury buyers may be acting on their optimism about the economic outlook thanks to President Trump’s promises of large tax cuts for wealthy individuals and corporations.”

Growth in the luxury home market was particularly strong in Washington, D.C., which saw luxury prices rise 32.6 percent over the year. The average sale price on a D.C. luxury home was $2.7 million for the quarter. According to Redfin, this is likely due to wealthy political appointees and employees moving into the area.

Still, despite growth in the luxury sector, non-luxury homes came out on top. With an average sales price of $307,000 for the quarter, non-luxury property prices were up 7 percent over 2016’s Q1 numbers. This marks the ninth consecutive quarter that non-luxury price growth has outpaced that of the luxury market.

See the full report at Redfin.com.