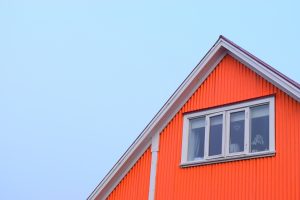 According to the latest S&P CoreLogic Case-Shiller Indices, home prices continue to rise nationwide in February 2021, a 12% year-over-year climb and 11.2% month-over-month rise from January, marking the highest recorded rise since February 2006. 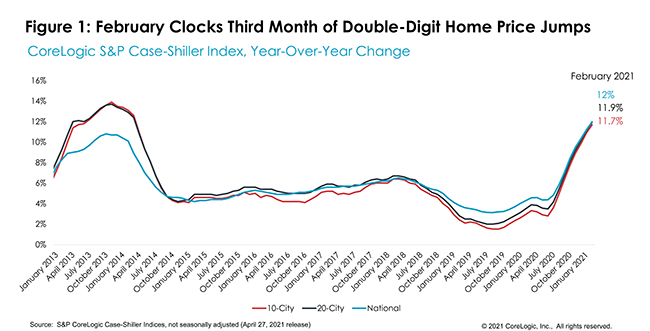 “In the early months of 2021, housing-market competition continued while the issue of ever-declining for-sale inventories persisted, driving home prices to new highs and raising concerns of market sustainability,” said Hepp. “Nevertheless, there are early signs of increasing availability of for-sale homes and squeeze on new buyers’ budgets due to high price tags and rising rates—which is pushing some out of the market. Given these factors, home price appreciation should ease in coming months, but remain in high single-digits across most of the country.”

Evidence of declining inventories cited by Hepp was due in part to rising material costs, and a lack of skilled trade workers directly employed by home builders and subcontractors throughout all regions, according to the Home Builders Institute (HBI).

"More than 30 years of S&P CoreLogic Case-Shiller data help us to put February's results into historical context,” said Craig J. Lazzara, Managing Director and Global Head of Index Investment Strategy at S&P DJI. “The National Composite's 12.0% gain is the highest recorded since February 2006, exactly 15 years ago, and lies comfortably in the top decile of historical performance. Housing's strength is reflected across all 20 cities; February's price gains in every city are above that city's median level, and rank in the top quartile of all reports in 18 cities.”