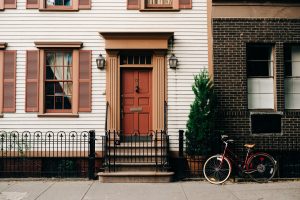 A new Redfin analysis has found that the price of urban single-family homes are rising nearly 20% year-over-year, quicker than any other type of home, outpacing price growth rates for every other home category. The median sale price of single-family homes in urban neighborhoods is also up at 19.4% year-over-year to $286,000, the biggest price gain of any other category of home. As more and more vaccinations are rolled out, buyers are seeking more spacious homes near cities.

"Now that Americans have had a year to consider what the pandemic and its aftermath mean for their lifestyles, we're seeing a lasting preference for single-family homes—but rural and suburban settings are no longer as popular as they were at the start of the pandemic," said Redfin Economist Taylor Marr. "Many homebuyers are still prioritizing features that were desirable at the beginning of the pandemic, like space for a home office or a big backyard, partly because many people plan to continue working from home. But as people venture out of their homes more often, they're rediscovering the advantages of living in a city. People want to continue barbecuing in the backyard, but they also want the option of turning off the grill and walking to their local pizza place." 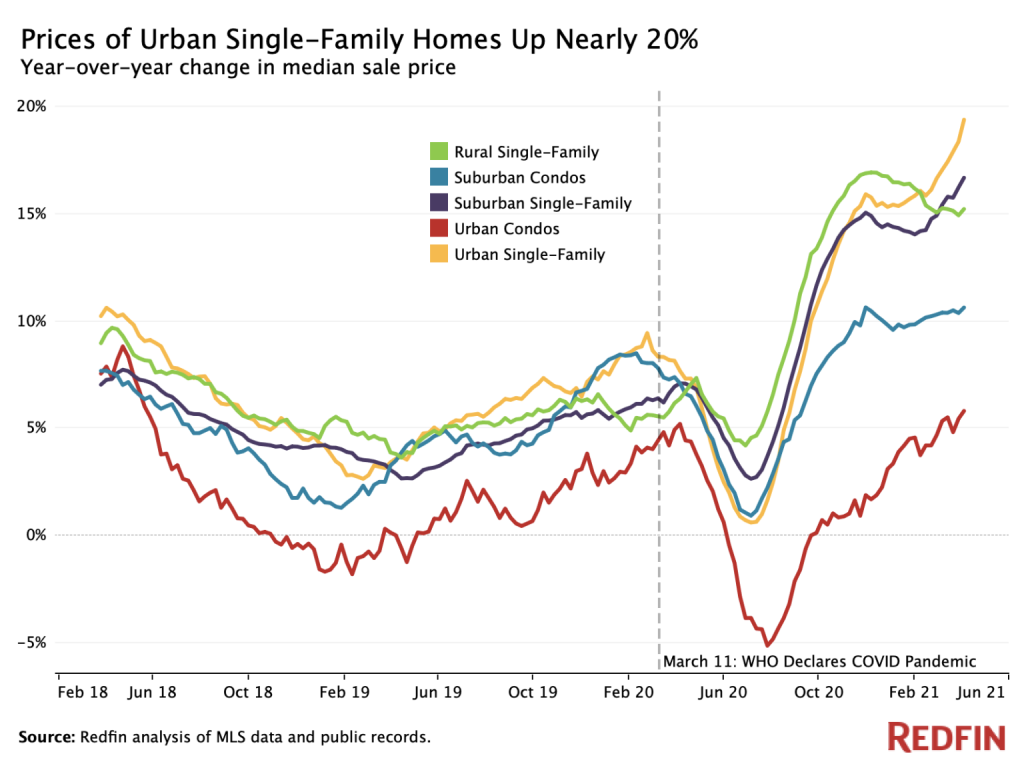 In fact, across all categories, homes are selling at a quicker pace than last year at this time, led by rural single-family homes, which are selling 32 days faster than last year. Contributing to this spike in rural area interest is the ability to work remotely.

And for those who are remaining close to the city, urban condo sales were up nearly 30% year-over-year, more than any other category, a sign that the condo market is recovering after a big decline last summer. During the 12 weeks ending June 29, 2020, sales of urban condos reached a record low, down 44.9% year-over-year. Sales of suburban condos dipped nearly as much, dropping 42.3%. 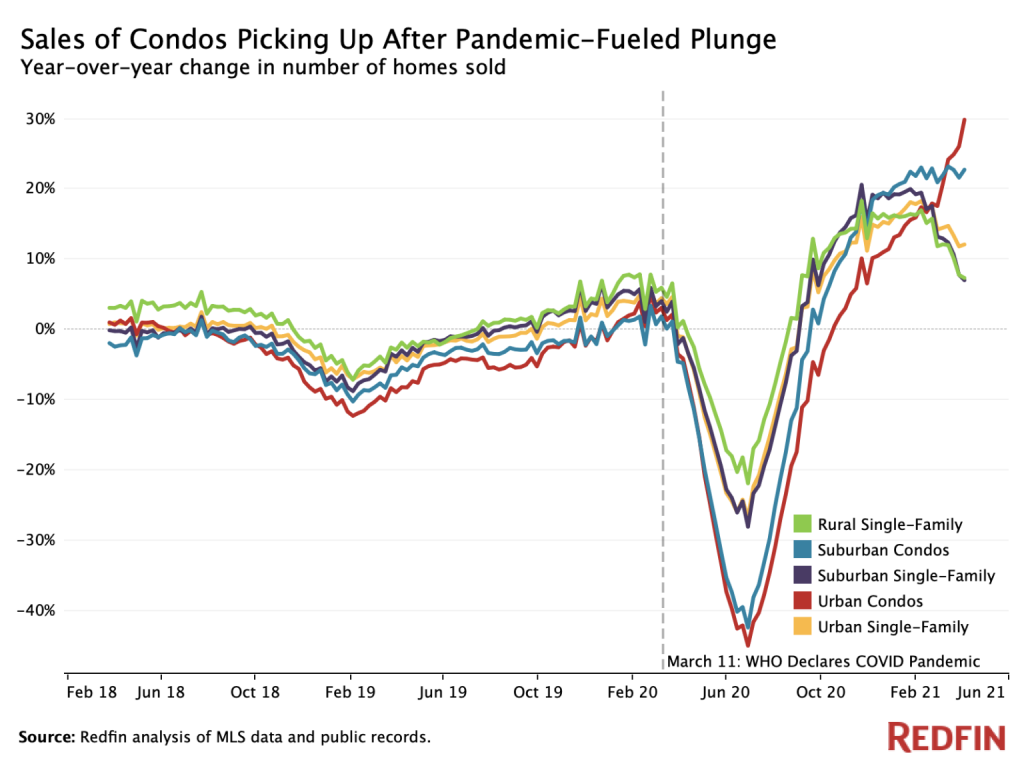 “A major reason for condos coming back is their relative affordability and the fact that a lot of homebuyers are priced out of single-family homes, which are seeing more intense price growth,” said Redfin Chief Economist Daryl Fairweather. “Condos are less likely than other types of homes to be part of bidding wars, which means they’re a good option for buyers with small down payments, and people who don’t feel comfortable waiving contingencies.”