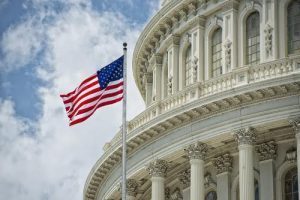 Friday, President Trump’s 99th day in office, was the final day for Congress to pass a funding bill to extend federal funding, or else face a government shutdown. With just hours to spare, Congress overwhelmingly approved a short-term spending bill which would prevent the weekend shutdown, avoiding potential clogs in the mortgage industry.

A government shutdown would have slowed the mortgage process and even prevented some buyers from closing, as access to tax information and social security would have been halted during the shutdown.

During the last government shutdown, in 2013, three in 10 homebuyers and sellers reported problems in the application process, most reporting a delay in closing. The National Association of Realtors (NAR) found that in 2013, 17 percent of closings were delayed during the shutdown. However, CNBC noted that the market is stronger now than it was in 2013, and mortgage application volume is greater. This could mean that more buyers could have been affected.

“We’re willing to extend things for a little bit more time in hopes that the same sort of progress can be made,” Senate Minority Leader Charles E. Schumer (D-New York) told The Washington Post on Friday morning.

Congress avoided this by extending the funding deadline for a week, in a 382-30 vote. The Associated Press (AP) stated that Congress plans on passing the complete funding package sometime this week, which will finance the federal government $1 trillion through September 30, the end of the fiscal year.

Many Democrats are holding out their support on the bill due to some policy issues, but most of the core decision have been worked out, according to AP. Friday’s vote on the temporary funding bill meant setting aside other issues, such as a health-care vote.

"As soon as we have the votes, we'll vote on it," House Majority Leader Kevin McCarthy (R-California) told AP reporters.

Previous: Most Renters Can Buy Without Monthly Increase
Next: Industry Reacts to HUD Deputy Secretary Nomination