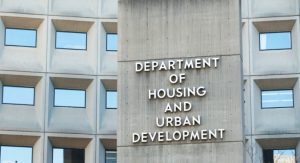 When President Joe Biden took office 100 or so days ago he was met with enthusiasm by many major trade associations serving the mortgage, housing, and financial services industries as he laid out some major relevant promises and proposals.

To lead the U.S. Department of Housing and Urban Development (HUD), Biden tapped former Ohio Representative Marcia L. Fudge, who vowed to empower America's most vulnerable citizens when it comes to homeownership, homelessness, and affordable housing.

HUD on Thursday published a status report on its first 100 days under the Biden-Kamala Harris administration, during which it says the administration, Secretary Fudge, and HUD "have delivered on urgent housing needs and laid the foundations to tackle longer-term housing challenges."

In these actions, leaders acknowledged "the federal government’s legacy of housing discrimination and securing equal access to housing opportunity for all."

That's not all, according to HUD's fact sheet. Read the entire list at HUD.gov.