Millennials vs. The Housing Market 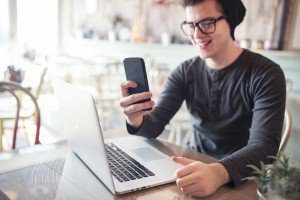 The number of millennials entering the housing market is set to burden an already challenging market for first-time buyers, according to a new report by Zillow.

Zillow states that 45 million people will reach the typical age for first-time buyers—34 years old—within the next decade, which is 3.1 million more than during the previous decade.

The area of concern, according to Zillow, is the shrinking inventory and higher prices of homes, especially in the least expensive third of homes, which are the homes most likely to be sought by first-time buyers. Zillow states that these homes’ values increased 57.3% over the past five years, despite inventory dropping 23.2%.

"The potential first-time buyer bulge, without inventory to meet it, suggests that the typical age of first-time buyers will continue to be pushed further and further out,” said Skylar Olsen, Director of Economic Research at Zillow. “The rate of single-family construction is still behind the pace we experienced in the 1990s, and without an increase in truly new supply, would-be first-time buyers will instead persist in the rental market."

Olsen added, "Buyers making the transition from renting to homeownership helps ease rental demand, which limits rent-price growth. If this coming wave of buyers have to compete fiercely for homes to purchase, that could drive up rent prices as well as home values."

Two of the nation’s least affordable markets, San Diego and Boston, are expected to see an almost 20% increase over the next 10 years of potential first-time buyers.

While Zillow is reporting that first-time buyers need 1.5 times longer to save for a down payment than they did 30 years ago, Ellie Mae released a study that found millennials are taking advantage of falling interest rates and quickly closing on loans.

The average 30-year rate dropped to 4.75% in February and the average time to close all loans dropped to 40 days, marking the shortest closing period since February 2015. Millennials, overall, closed all loans two days faster month-over-month.

For loans closed by millenials in March, 68% were conventional while 28% were FHA.