Home >> Daily Dose >> Battle Breaks Out in CHOICE Hearing No. 2

Battle Breaks Out in CHOICE Hearing No. 2 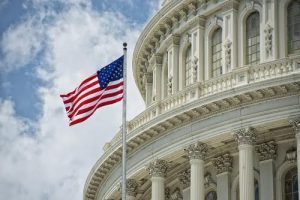 The House Financial Services Committee held a second hearing on the Financial CHOICE Act today, and what unfolded was a full-on battle between parties.

The CHOICE Act, which was proposed by Rep. Jeb Hensarling (R-Texas) as a replacement for the Dodd-Frank Wall Street Reform and Consumer Protection Act, already went through one hearing last week—a hearing that, like today’s, showed the true divide between political parties.

At today’s hearing, Democrats even broke protocol, requesting time for opening statements. Rep. Maxine Waters (D-California) made the first statement, calling the bill the “Wrong Choice Act” and a “vehicle for Donald Trump’s agenda to get rid of financial regulation and help out Wall Street.”

“This is one of the worst bills I’ve seen in my time in Congress,” Waters said. “It’s an invitation to another Great Recession—or worse.”

But Hensarling rebutted, saying Dodd-Frank has been giving Wall Street a leg up all along.

“Under Dodd-Frank,” he said, “consumers are paying more and getting less. Wall Street banks have been some of the biggest beneficiaries of Dodd-Frank regulation.”

“It would take us back to the regulatory Stone Age and would be a disaster for the entire financial system,” Maloney said. “It is essentially a 591-page middle finger to consumers, investors, regulators, and markets.”

The back and forth between parties went on, with Rep. Blaine Luetkemeyer (R-Missouri), Rep. Dave Trott (R-Michigan), and more chiming in. Trott even addressed the heated argument head-on.

"For the American people watching out there, welcome to the circus,” he said, “because you're going to see hyperbole and rhetoric ramped up to Barnum & Bailey-type levels.”

The Financial CHOICE Act was originally introduced in 2016 and re-emerged April 26 alongside President Trump’s tax reform plan. The CHOICE Act aims to impose higher penalties on fraud and insider trading, increase accountability on regulators, and ensure financial institutions don’t require bailouts on the taxpayers’ dime. Treasury Secretary Steven Mnuchin has come out in support of the bill.

Hensarling is the Chairman of the Financial Services Committee. Regarding CHOICE, he has said “Republicans are eager to work with the President to end and replace the Dodd-Frank mistake with the Financial CHOICE Act because it holds Wall Street and Washington accountable, ends taxpayer-funded bank bailouts, and unleashes America’s economic potential,” said FSC Chairman Jeb Hensarling. “We want economic opportunity for all, bailouts for none. We want real consumer protections that will give you more choices. Our solution grows the economy from Main Street up, creates more opportunities for working families to get ahead, and levels the playing field with no more Wall Street bailouts.”