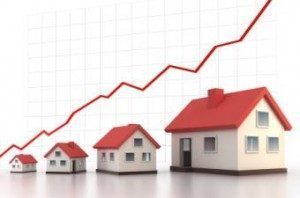 The steady increase in home prices continued in March. The latest CoreLogic Home Price Index (HPI) showed home prices up 1.6 percent from February, and up 7 percent from a year ago. And the firm is confident that the upward trend will carry through to next year.

Through its HPI Forecast, CoreLogic predicted that home prices will increase by almost 5 percent year-over-year basis by next March. Its prediction for April’s increase is a more modest 0.6 percent.

“With a forecasted increase of almost 5 percent over the next 12 months, the index is expected to reach the previous peak during the second half of this year,” said Frank Nothaft, chief economist for CoreLogic. “Prices in more than half the country have already surpassed their previous peaks, and almost 20 percent of metropolitan areas are now at their price peaks.”

Washington led states in year-over-year price increases, up 12.8 percent compared to last March. Three of its large metros‒‒Seattle, Tacoma, and Bellingham‒‒posted similar numbers. Neighboring Oregon saw a 9.9 percent increase in prices, while Utah saw a 9.4 percent bump. Of states that saw prices increase over the year, Oklahoma had the smallest return, with prices climbing 1.1 percent.

Only two states saw home prices drop compared to last year. Prices in Alaska were 0.8 percent below where they were last March; prices in West Virginia were 1.2 percent under last year’s values.

"A potent mix of strong job gains, household formation, population growth and still-attractive mortgage rates in the face of tight inventories are fueling a continuing surge in home prices across the U.S.," said Frank Martell, president and CEO of CoreLogic. "Price gains were broad-based with 90 percent of metropolitan areas posting year-over-year gains.”

Outside of Seattle, the largest gains were seen in the Denver metro area, where prices climbed 10 percent over the year. Los Angeles, Las Vegas, and Chicago all showed home price increases of 6.4 percent compared to last March.

The once scalding hot Houston metro showed much quieter gains over the year. The city’s home prices increased 3.2 percent from a year ago. The smallest major metro increase occurred in the New York/Northern New Jersey region, where annual values climbed 2.3 percent.