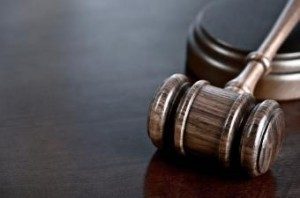 On Tuesday, the Consumer Financial Protection Bureau (CFPB) told a Florida federal court to deny Ocwen’s attempt at fast-tracking its constitutional challenge against the agency’s structure. The CFPB said that the mortgage servicer shouldn’t get special treatment in the case, alleging it failed “every stage of the mortgage servicing process,” Law360 reports.

Ocwen had previously stated its opinion of the CFPB’s structure, saying in a release that it “believes that the CFPB is unconstitutionally structured, because it vests too much unfettered power in the hands of the CFPB’s Director and the Bureau itself, without any meaningful oversight by the President or Congress”

“These defendants are not unique in challenging the constitutionality of the bureau, and have provided no legal authority or any other compelling reason why they are entitled to special treatment,” the Bureau said.

Ocwen’s constitutional concerns include the Bureau’s single-director structure, which the company says violates the Constitution’s separation of powers clause. However, the CFPB argued that Ocwen’s request to expedite the ruling, and the

“Defendants’ request would result in exactly what the rule was intended to prevent: unnecessary delay and piecemeal consideration of the case,” the CFPB said.

In response to the CFPB’s recent suit against the organization, Ocwen called the Bureau “an unaccountable agency” and cited a number of apparent errors in its filing.

“The Complaint is riddled with allegations about conduct that Ocwen already addressed—sometimes years ago—with refunds, credits, or other consumer remedies,” Ocwen responded. “Moreover, the CFPB contends that on ‘numerous’ occasions or ‘at least one thousand’ times Ocwen has wrongfully started or completed foreclosures on consumers who were in the midst of applying for or performing a loan modification. But, so far as Ocwen, is aware—and the Complaint does not identify the loans—the CFPB did not actually look at the individual servicing files for these consumers’ loans before making this allegation.”