Top 20 Neighborhoods in the U.S. 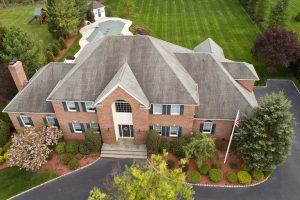 Fifteen of these 20 neighborhoods are along the West Coast in California or Washington, while the remaining five are in Georgia, Washington, D.C., and New York, the report indicated.

These 20 neighborhoods are some of the most desired areas in the country and many of them are in the most expensive cities in the U.S. Though the page views of homes listed in these neighborhoods “doesn’t show a likelihood that more people will be buying homes and moving in, it does show how many people wish they could, or are curious about the neighborhood,” Zillow said.

“Real estate shoppers are usually very aspirational, so it’s no surprise we have a lot of shoppers looking outside of where they can likely afford and instead, looking at beautiful homes in desirable areas,” said Aaron Terrazas, Senior Economist at Zillow. “We see these more posh neighborhoods drawing shoppers in, but ultimately, these probably aren’t the neighborhoods most will end up in–the typical price of entry in the majority of neighborhoods on this list is generally much higher than their city as a whole.”

The second most popular neighborhood on the list was Tuxedo Park in Atlanta, Georgia, where a typical home for sale was listed for around $1.9 million and received 10,759 page views in the first three months of the year. Compared to Tuxedo Park, the average median list price of homes in Atlanta was at $320,450, the report revealed.