Home >> Daily Dose >> Which is the Most Diverse City in America?

Which is the Most Diverse City in America? 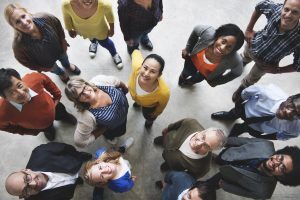 Jersey City in New Jersey is the most diverse city in America according to a recent study by WalletHub. The city on the East Coast scored high on all five parameters used for this ranking of 501 cities across the U.S. including socio-economic diversity, cultural diversity, economic diversity, household diversity and religious diversity.

For this ranking, WalletHub compared 501 of the most populated cities—limiting each state to no more than 10 cities each—across these five key dimensions. It then evaluated these dimensions using 13 relevant metrics with their corresponding weight and subcomponents. It then scored each city with 100 being the maximum based on these metrics.

Coming in at the bottom of the 501 cities, Bangor in Maine was the least diverse city followed by Provo and Orem, both in Utah; and Rochester and Keene, both in New Hampshire.

In terms of diversity by household type, which included married couples as well as singles and nonfamily households, New Jersey dominated the list of the top five cities with Union City, Paterson and Elizabeth ranked second, third, and fifth respectively in this sub-category. Central Falls in Rhode Island won the top spot in this category while Reading in Pennsylvania was ranked fourth.

Waipahu in Hawaii emerged as the most diverse city by household size, followed by West Valley, Utah; Cicero, Illinois; Provo, Utah; and Kahului, Hawaii. The metrics to measure household size included the number of people in a household and the type of household i.e. whether it was a family or nonfamily household.