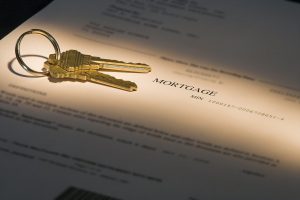 In an abrupt about face, mortgage applications rose 2.5% week-over-week, according to the latest Weekly Mortgage Applications Survey from the Mortgage Bankers Association.

The slight reversal in mortgage app volume comes as the mortgage rates slid slightly last week, dipping from 5.11% to 5.10%, according to Freddie Mac.

“The 127-basis-point jump in rates over the past two months has triggered a 49% drop in refinance activity,” said Joel Kan, MBA’s Associate VP of Economic and Industry Forecasting.

“Purchase applications increased for conventional, FHA, and VA loans and were up 4% overall,” said Kan. “This is potentially a good sign for the spring home buying season, which has seen a slow start thus far. The purchase market remains challenged by low levels of housing inventory and rapid home-price gains, as well as the affordability hit from higher mortgage rates that are forcing prospective buyers to factor in higher monthly payments. The ARM share remained unchanged at around 9%, which is well below the 30% mark observed in the mid-2000s.”

Today’s announcement from the Federal Open Market Committee (FOMC) of a 50-basis-point increase in the federal funds target may re-open the doors for many who have been impacted by affordability issues.

“The Mortgage Bankers Association (MBA) is forecasting that mortgage rates are likely to plateau near current levels,” said MBA SVP and Chief Economist Mike Fratantoni. “The financial markets have attempted to price in the impact of Fed actions over this cycle, and they are likely also pricing in the economic slowdown that will result. Once we are past this rate spike and associated volatility, MBA expects that potential homebuyers may be more willing to re-enter the market. Given how much higher rates will remain above the past two years, we do not expect refinance demand to increase any time soon.”