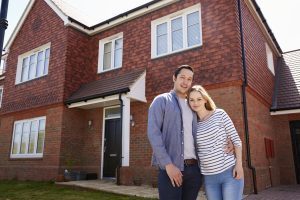 The Fannie Mae Home Purchase Sentiment Index rebounded in April. The index increased 2.2 percent over March, to 86.7. The March index dipped two points from February, but April brought the index back to where it had been.

The index is also up 3 percent points compared to the same time last year.

“The Home Purchase Sentiment Index returned to its longer-term trend line after reclaiming ground lost last month. This is aligned with our market forecast of about 3 percent sales growth in 2017,” said Doug Duncan, senior vice president and chief economist at Fannie Mae. “Historically strong inflation-adjusted house price gains are tempering consumer sentiment, whereas consumer optimism regarding the ease of getting a mortgage reached a survey high. On balance, housing continues on a gradual growth track.”

Consumers also expressed greater confidence about the stability of their jobs. Fannie reported a 7 percent bump in job stability sentiment in April, bringing the total to 77 percent. On top of that, the share of respondents who said their household income is significantly higher than it was 12 months ago increased 2 percent. But the overall percentage of people saying they’re making better money was still a relatively small 13 percent in April.

An additional 3 percent of respondents said they believe mortgage rates will go down over the next twelve months, and the number of people who think home prices will go up increased by 1 percent point in April. That brings the total to 45 percent.

Previous: The Week Ahead: Evaluating Conservatorship
Next: Criticism and Reaction to FSC Communication Control