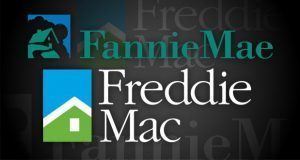 The U.S. House of Representatives has passed an amendment that extends the nine exemptions of the Freedom of Information Act (FOIA) to both Fannie Mae and Freddie Mac.

Sponsored by Rep. Hank Johnson (D-Georgia), the bill amends HR 1694, a law passed in late April. HR 1694 requires Fannie Mae and Freddie Mac to comply with all requirements of FOIA. Previously, the two government-sponsored enterprises were exempt from the law, because they did not qualify as federal agencies.

With the passage of the new amendment, Fannie and Freddie will not have to disclose any information under FOIA’s nine exemptions, which include documents classified as secret; information solely related to personnel; trade secrets; privileged inter-agency letters; medical releases; information compiled for law enforcement purposes; and more.

According to Johnson, the amendment helps ensure the privacy and safety of GSE employees and American borrowers.

“By passing this amendment, we will ensure that personal privacy and sensitive information is appropriately protected, while ensuring the highest level of transparency for the American taxpayers, who have invested almost $187 billion in Fannie Mae and Freddie Mac,” Johnson said.

HR 1694 was passed in late April. According to the Congressional Budget Office, the new law will require the entities to accept, process, and satisfy all FOIA requests from the public as long as they are under conservatorship. The CBO estimates that this uptick in administrative duties will increase costs by about $10 million over the next 10 years. The CBO noted that each entity would need to hire new staff and its expand its data processing abilities.

This is the second time issues of communication privacy have come up this week. On Monday, Buzzfeed published a letter from Jeb Hensarling (R-Texas), the Chairman of the Financial Services Committee, to Treasury Secretary Steven Mnuchin. In the letter, Hensarling announced the committee’s intention to retain control of all communication between the two agencies, saying they qualified as “congressional records.”

“All such documents and communications constitute congressional records not ‘agency records’ for purposes of the Freedom of Information Act, and remain subject to congressional control even when in the physical possession of the” agency, Hensarling wrote.

The Freedom of Information Act was passed in 1967, giving any American the right to request records from a federal agency. Congress is exempt from the law.