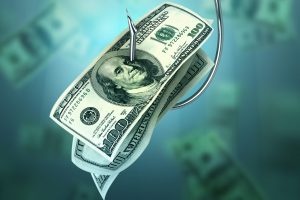 Owner estimates were 1.77 percent lower than appraised values in March. April is the fifth month in a row the gap between appraiser and homeowner has expanded.

According to the report, the discrepancy between homeowner and appraiser values is widest in the West. In the Midwest and Eastern parts of the country, appraisals were more likely to come in lower than the owner’s expectations. These homeowners are likely to have a better mortgage experience due to their more accurate grasp on the marketplace, said Bill Banfield, VP of Capital Markets at Quicken Loans.

"The appraisal is one of the most important data points in a mortgage transaction,” Banfield said. “This single number can impact how much money a buyer needs to bring to closing or the equity that is available to the homeowner on a refinance. If homeowners have a grasp on home value differences throughout their local area, it can lead to a smoother mortgage process."

On their own, appraised values rose for the month. According to the National Home Value Index (HVI) appraised values increased by 1.06 percent for April. Year-over-year, they jumped more than 5 percent. The HVI showed increases in appraised values across all regions measured, with the West seeing the biggest annual increase at 6.52 percent. The Northeast had the small increase in values, rising 3.54 percent over the year.

According to Banfield, tight inventory is to blame for the nationwide jump—and it could push buyers into smaller, more affordable homes.

"Home values were pushed higher once again by the demand for housing outpacing the stock of available homes,” Banfield said. “This effect is intensified by the start of the spring buying season. While sellers are obviously thrilled as their investment continues to grow in value, this trend could make homebuyers set their sights on smaller homes or less pricey neighborhoods. I would encourage homeowners who are considering listing their home to take advantage of the opportunity they have in this sellers' market."