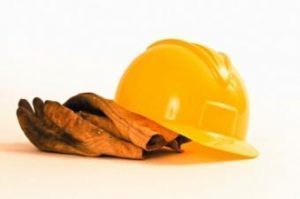 Construction jobs saw a slight dip in March, according to analysis form the National Association of Homebuilders (NAHB) and the BLS Job Openings and Labor Turnover Survey (JOLTS). The number of open construction jobs totaled 172,000 in March, a decrease from February’s data and well below the cycle high of 238,000 set in July 2016.

Another report from Metrostudy found that construction costs have been on the rise, possibly leading to this small decline in construction sector employment. The mortgage industry as a whole saw stagnant growth according to the Bureau of Labor Statistics employment report last week.  The 5,000 new jobs created in this sector were called a “disappointment” by First American Chief Economist Mark Fleming. Fleming noted that this growth is a 2.6 percent increase from a year ago.

Realtor.com Senior Economist Joseph Kirchner voiced a similar concern, stating his disappointment in April’s numbers. The 5,000 construction jobs that were added in April were just “a fraction of what we need,” said Kirchner, “and it won’t solve the inventory problems that stop consumers from finding homes to buy.”

The NAHB stated that open construction jobs have been increasing since the Recession. However, data revealed that access to labor has remained a top business challenge for builders. Despite the stagnant month, December and January still saw the strongest two months since 2015.

In March, quits rose to 2.5 percent, the highest rate in the cycle. NAHB states that this highlights a tight and competitive market for construction workers.