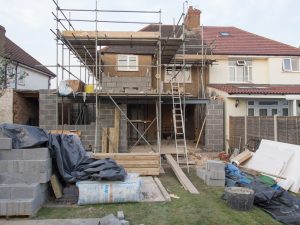 A new study conducted by the National Association of Home Builders (NAHB), "Government Regulation in the Price of a New Home: 2021" has concluded that regulations imposed by all levels of government account for $93,870, or 23.8% of the current average sales price ($397,300), of a new single-family home.

While NAHB’s previous regulatory estimates in a 2016 study by Paul Emrath, Ph.D., VP of Survey and Housing Policy Research for NAHB, were fairly similar, the price of new homes increased substantially in the interim. When applying these percentages to U.S. Census data on new home prices, the data show an estimate that regulatory costs in an average home built for sale went from $84,671 to $93,879—a 10.9% increase during the five-year span between NAHB’s 2016 and 2021 estimates.

“This study is not arguing that all regulation is bad or should be eliminated. Nor is it trying to estimate a share of regulation that may be excessive,” the study noted. “The underlying premise is that, in an environment where housing is regulated in a complex way by a variety of federal, state and local entities, it is useful to have a numerical estimate of how much regulation exists and its aggregate dollar value at present when contemplating new policies or revising existing ones.”

Costs the study took into account during the development of the lot included:

Costs taken into account during construction of the home include:

The first significant interaction between a developer and the government usually occurs when the developer applies for zoning approval to housing to be built on a particular parcel of land. Most developers (98.1%) reported regulatory costs at the zoning approval stage. Regulatory costs imposed at this time can include fees paid directly to a government, as well as requirements for environmental impact, traffic, archeological or other studies. Averaged across all lots in the study, these costs account for 6.6% of the price the builder pays for the lot, which translates to 1.6% of the final house price.

More than have half (57.5%) of single-family builders report being subject to architectural design standards that force them to spend more than the otherwise would on particular home features.

Government regulations are just the latest factor contributing to the rise in home prices. Newly-constructed homes have steadily been accounting for a larger share of U.S. housing starts, and according to a recent Redfin report, 25.7% of single-family homes for sale during Q1 were newly-constructed homes, up from 20.4% a year earlier. And with the rise in new construction, a NAHB analysis recently found that the price of lumber has tripled over the past year, forcing the price of a new single-family home to rise $35,872 on average.