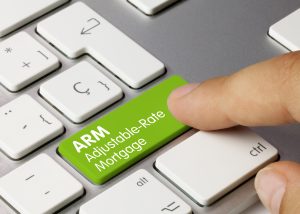 For the second consecutive week, mortgage application volume was on the rise, amid fixed-rate mortgages continuing their upward climb.

After weeks of declining volume, app volume trended upward last week, as news broke of the Fed raising the interest rate by another 50 basis points to 0.75-1.00% in an effort to curb inflationary concerns.

“The increase in mortgage applications last week was driven by a strong gain in application activity for conventional and government purchase loans, even as mortgage rates rose to their highest levels since 2009,” said Joel Kan, MBA’s Associate VP of Economic and Industry Forecasting. “Despite a slow start to this year’s spring home buying season, prospective buyers are showing some resiliency to higher rates. Purchase activity has now increased for two straight weeks.”

The rise in rates continues to chase away consumers, as the MBA reported the refinance share of mortgage activity dropping to 32.4% of total applications, down from 33.9% the previous week.

“The rapid rise in mortgages rates continues to hit the refinance market, with activity 70% below a year ago,” said Kan. “Most homeowners refinanced to lower rates in the past two years.”

And while refis are dwindling in popularity, interest in adjustable-rate mortgages (ARMs) amid a rising rate market continues to rise, as the share of ARM activity increased to 10.8% of total applications.

“More borrowers continue to utilize ARMs to combat higher rates,” added Kan. “The share of ARMs increased to 11% of overall loans and to 19% by dollar volume.”