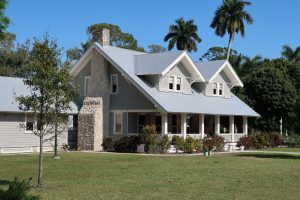 “The first week of May was also strong for the purchase market. Applications were up 13% from a year ago, which was around the time the housing market awakened from the pandemic-induced stall in activity,” said Kan. “Most markets this spring continue to see robust demand, but activity continues to be constrained by insufficient inventory levels, as well as homebuilder challenges related to the ongoing shortages and price increases for building materials."

Of concern is a recent National Association of Home Builders (NAHB) study concluding that the price of lumber has tripled over the past year, forcing the price of a new single-family home to rise $35,872 on average.

In addition to the rise in price of materials to construct homes, NAHB found that regulations imposed by all levels of government account for $93,870, or 23.8% of the current average sales price ($397,300), of a new single-family home.

On the purchase side, millennials are leading the way according to ICE Mortgage Technology. ICE found that purchase activity represented 51% of loans closed by millennials in March–an increase over February’s 46% purchase share, but on par with January’s activity of 53%. This rise in purchase activity occurred even as interest rates increased to 2.98%, up from 2.88% in February.