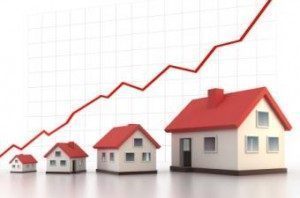 Families are still struggling with housing affordability despite increases in national family median income, which based on a NAR modeling of census data, puts the average at $71,201.

“High demand is poised to continue heading into the summer as long as job gains continue,” Yun stated. “However, many metro areas need to see a significant rise in new and existing inventory to meet this demand and cool down price growth.”

“Several metro areas with the healthiest job gains in recent years continue to see a large upswing in buyer demand but lack the commensurate ramp up in new home construction,” Yun said in the press release. “This is why many of these areas–in particular several parts of the South and West–are seeing unhealthy price appreciation that far exceeds incomes.”

This is the strongest quarterly sales rate in a decade, according to the NAR quarterly report. Still, this first quarter has seen fewer rising markets than the preceding quarter from the previous year. The national median existing single-family home price was $235,000 in the fourth quarter of 2016, at the end of which there were 1.65 million existing homes available for sale.