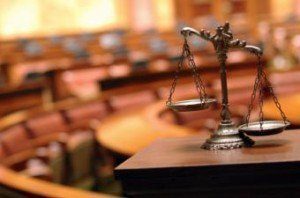 On Monday, the City of Philadelphia sued Wells Fargo & Co for predatory lending and violations of the Fair Housing Act. This suit comes just two weeks after the U.S. Supreme Court ruled that cities may sue lenders for alleged discrimination, according to Reuters.

Two weeks before this case, the Supreme Court had ruled that Miami could sue Bank of America for predatory lending practices that allegedly increased segregation.

The complaint alleges that Well Fargo had pushed minorities into riskier loans at higher rates, and chargers that this had been an ongoing problem since 2004.

"The city's unsubstantiated accusations against Wells Fargo do not reflect how we operate," Wells Fargo spokesman Tom Goyda said in a statement. "Wells Fargo has been a part of the Philadelphia community for more than 140 years and we will vigorously defend our record as a fair and responsible lender."

The bank continued its defense of itself in its statement.

"Wells Fargo has been a part of the Philadelphia community for more than 140 years and we will vigorously defend our record as a fair and responsible lender," the statement added. "We will continue to focus on helping customers in Philadelphia and its surrounding communities succeed financially, and on expanding homeownership in Pennsylvania and across the United States."