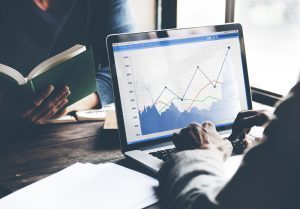 It’s becoming a familiar pattern in the economy, according to Fannie Mae [1]: a solid fourth quarter followed by a flagging first quarter and projections of a solid rebound in Q2.

The GSE’s May Economic and Housing Outlook report [2], released Tuesday, stated that Fannie Mae expects the national GDP in Q2 to grow by almost 3 percent, and the year overall to grow 2 percent. This projection follows Q1 numbers that drooped after a solid Q4.

In Q4, the GDP grew by 2.1 percent, followed by a first quarter in which the GDP’s growth rate dropped to 0.7 percent. This is the fourth consecutive year in which first quarter growth slowed from the fourth quarter, partly reflecting ongoing seasonality issues, Fannie reported.

Housing [3] was a bright spot during the first quarter, and home sales performed well going into the spring season, thanks to solid labor market conditions and a recent retreat in mortgage rates, Fannie reported. Meanwhile, businesses will likely increase production in an effort to rebuild inventories, turning inventory investment into a positive for, instead of a large drag on, growth.

Unemployment stayed level at 4.7 percent from Q4 to Q1, but is expected to drop to 4.5 this quarter. A year ago, the rate was 4.9 percent.

“Positive demographic factors should continue to reshape the housing market, as rising employment and incomes appear to be positively influencing millennial homeownership rates,” Duncan said. “However, the tight supply of homes for sale continues to act as both a boon to home prices and an impediment to affordability.”

Despite some recent troubles for in the retail sector, Fannie reported that incoming data suggest consumer spending growth will pick up this quarter. Fannie projects personal consumption expenditures to rise from 0.3 percent in Q1 to 3 percent by the end of this quarter.

“Once again, our full-year growth forecast remains intact as the economy grinds along, with the prospect of material policy changes appearing to be delayed,” said Fannie Mae chief economist Doug Duncan. “We expect consumer spending to resume its role as the biggest driver of growth in the second quarter amid improvements in the labor market.