Is the Single-family Market Losing Steam? 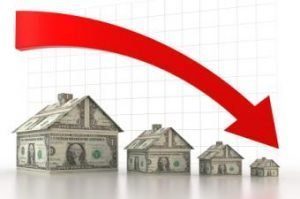 Housing starts declined 3.7 percent to 1.2 million starts in April below the revised March estimate of 1.3 million but were 10.5 percent above the April 2017 rate according to the latest data on housing starts and building permits released by the U.S. Census Bureau and the U.S. Department of Housing and Urban Development on Wednesday.

Single-family building permits also showed an uptick in April, increasing 0.9 percent to 859,000 units. Single-family housing starts also rose 0.1 percent to 894,000 above the rate in March. However, housing completions remained 4 percent below the March estimates at a rate of 820,000.

However, experts believe that despite the uptick in April, starts for single-family homes are stagnating. They have been unable to break through the 900,000 barrier for the past six months. “We remain significantly behind a normal level of 1.2 million starts,” said Danielle Hale, Chief Economist at Realtor.com. “In fact, if single-family starts continue at the strong yearly growth rate we saw in April, it will be fall 2019 before annual single-family starts break the 1 million mark consistently—which is still 17 percent lower than normal.”

“The three-month average of single-family starts was 895,000, continuing a six-month trend of readings just below 900,000,” observed Tendayi Kapfidze Chief Economist at LendingTree. “Notably, single-family starts are particularly weak in the high-cost Northeast that is also the most exposed region to the negative impacts of the tax plan.”

Mark Fleming, Chief Economist at First American also found that the volume of total residential housing starts had fallen on the basis of a less volatile three-month moving average. “Based on the less volatile three-month moving average, the volume of total residential (single- and multi-family) housing starts is 14,000 less than March 2018 and 96,000 units higher than a year ago,” Fleming said.

According to Kapfidze the reacceleration of multifamily units highlights a shift towards homes that have a lower price point. “The change towards multi-family could be the initial signs that affordability is starting to impact the mix of construction. Multi-family units are at lower price points and include significant rental units,” he said.

A lag in construction jobs is also being seen as one of the factors that are affecting housing starts despite high builder confidence.

Previous: Top 10 States to Make a Living
Next: Mortgage Lending in a Gig Economy