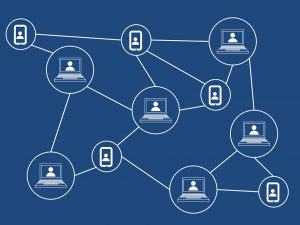 In a new blog post, Ryan Jackson [1], Director of the Fannie Mae [2] Enterprise Innovation Team, discusses the blockchain as it relates to the mortgage industry today.

According to IBM [3], blockchain is a shared, immutable ledger that facilitates the process of recording transactions and tracking assets in a business network. An asset can be tangible (a house, car, cash, land) or intangible (intellectual property, patents, copyrights, branding). Virtually anything of value can be tracked and traded on a blockchain network, reducing risk and cutting costs for all involved.

Further, blockchain is ideal for delivering that information because it provides immediate, shared and completely transparent information stored on an immutable ledger that can be accessed only by permissioned network members. A blockchain network can track orders, payments, accounts, production and much more.

“According to a recent CB Insights report, U.S. funding of blockchain startups grew 729% from 2020 to 2021,” Jackson said. “And blockchain and crypto have been one of the leading verticals for fintech investment by U.S. banks since 2010. Even the government is exploring ways of leveraging blockchain.”

Jackson goes on, noting that large technology providers, including Amazon and Microsoft, are adding blockchain solutions to their product suites to help customers more easily experiment with the technology.

So how is the mortgage industry responding to blockchain technology? According to the most recent Mortgage Lender Sentiment Survey (MLSS), there is a latent interest for the technology, but most mortgage lenders have not invested in it yet.

While a handful of mortgage companies currently accept cryptocurrency, lenders predict that in three years time this number will be much larger as cryptocurrency becomes more widely adopted.

“It's not particularly surprising that lenders would favor applicable use cases involving property and financial information,” Jackson said. “Not only have they been broadly discussed over the years (both with and without blockchain), but several startups have already attempted to build relevant products, though these have not yet achieved broad market adoption.”

So what does all this mean for Fannie Mae? To start, Jackson said Fannie Mae will continue to monitor the trend and the rate at which is adopted by large financial institutions and its applicability to their particular business processes.

“Lenders interested in adopting blockchain might also consider finding partners with aligned interests to help them successfully execute their blockchain use cases,” Jackson concluded. “Our survey showed that, of the 20% of lenders who have investigated blockchain, 41% plan to adopt it within four years. Generally speaking, for blockchain use cases to be successful, multiple parties need to be involved, and as such these early adopters might look for partners to help them scale their solutions.”

Fannie Mae will continue to monitor blockchain adoption to assess its potential to increase transparency and reduce risk for themselves, industry partners, and consumers. Click here [4] to see Jacksons’ post in its entirety.