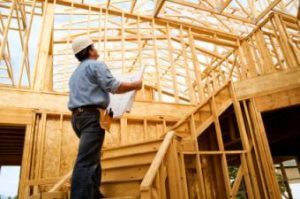 What's impeding the fast construction of homes in an environment of a rapidly widening supply-demand gap in the industry? A recent discussion on the Outlook for Home Prices and Residential Construction at the National Association of Realtors' (NAR's) 2018 REALTORS Legislative Meeting & Trade Expo had experts weighing in on this question, the answer to which is crucial to the health and sustainability of the real estate market.

"Young adults of today are forming households at a much lower rate than previous generations, and high housing costs contribute to that,” Kiefer said. "One-third to three-quarters of U.S. markets have an elevated home price-to-income ratio and many major markets, such as Austin, Miami, and Portland, are getting close to surpassing their 2008 ratio."

According to Yun, if supply and demand continued to become out of balance, it could trigger a fast price growth. "A best-case scenario is largely dependent on new home construction. An increase in inventory will provide some much-needed release," he said.

However, new home construction was still not keeping pace with demand and according to Simonson, the problem stemmed from the difficulty of bringing skilled laborers, many of who were laid off during the Great Recession, and "did not start hiring again until much later than other industries. As a result, "Construction companies are having to hire people with no experience and spend more time and money on training," Simonson said.

All three agreed that high material costs were also impacting the pace of construction. According to NAR, the price of diesel fuel used in earth-moving vehicles and transporting materials has risen 42 percent since 2017, as has the cost of lumber and plywood which increased 11 percent in the last year.