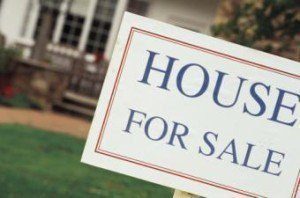 Potential existing-home sales showed a slight increase in April to a seasonally adjusted annualized rate (SAAR) of 0.1% from March, according to the First American Financial Corporation Potential Home Sales report.

The increase represents a 54.1% jump from the market potential low point in February 1993, but a decline of 1.3% in existing-home sales compared to a year ago—a loss of 68,600 SAAR sales.

The report also states potential existing-home sales is 1.567 million SAAR, or 23.2% below the pre-recession peak of market potential that occured in March 2004.

The market performance gap decreased by an estimated 37,000 SAAR sales between March and April 2019.

“The housing market continued to under perform its potential in April 2019, but the performance gap shrank compared with March. Actual existing-home sales remain 1.3% below the market’s potential, but the performance gap narrowed from 2.0% last month, according to our Potential Home Sales model,” said Mark Fleming, Chief Economist at First American. “That means the housing market has the potential to support 68,000 more home sales at a [SAAR].”

Fleming added that lower mortgage rates in April loosened the “rate lock-in effect” that has created a financial disincentive that prevents many homeowners from selling. He added the amount of time a homeowners lives in their home has increased dramatically over the years.

Before the housing market crash of 2007, homeowners spent an average of five years living in their house. That number jumped to seven years between 2008 and 2016, Fleming said.

“Since existing homeowners supply the majority of the homes for sale and increasing tenure length indicates homeowners remain hesitant to sell, the housing market faces an ongoing supply shortage – you can’t buy what’s not for sale,” Fleming said.

“The most recent data shows that the average length of time someone lives in their home reached 11 years in April 2019, a 9 percent increase compared with a year ago. Increased tenure length reduced the market potential by 33,000 sales compared with last month,” he said.