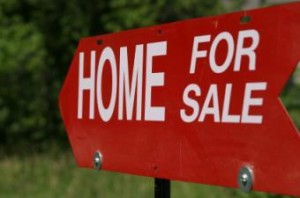 According to a new report from Redfin, half of the homes sold nationwide went for more than their list price during the four-week span ending May 16, marking a 23% rise from the same period year-over-year.

Over that four-week span, home prices hit a record high of $352,975 and were up 24% year-over-year, a new record. Asking prices increased to $358,975, also a record high. Homes recorded a record-high 101.7% average sale-to-list price ratio, which measures how close homes are selling to their asking prices, up 3.2 percentage points year-over-year. This means that the average home sold for 1.7% more than its asking price.

Tight inventory remains an issue for home shoppers, as homes spent just 17 days on market, down 18 days from the same period in 2020, while 58% of the homes that went under contract had an accepted offer within the first two weeks on the market.

Redfin recently reported that in April 2021, the hottest market in terms of days listed was Indianapolis, where the typical home went under contract after just four days on the market in April, down from 10 days a year earlier. Homes in Denver; Omaha, Nebraska; Portland, Oregon; and Seattle also sold at a rapid pace in April, with half of all homes pending sale in just five days in each of those metros. 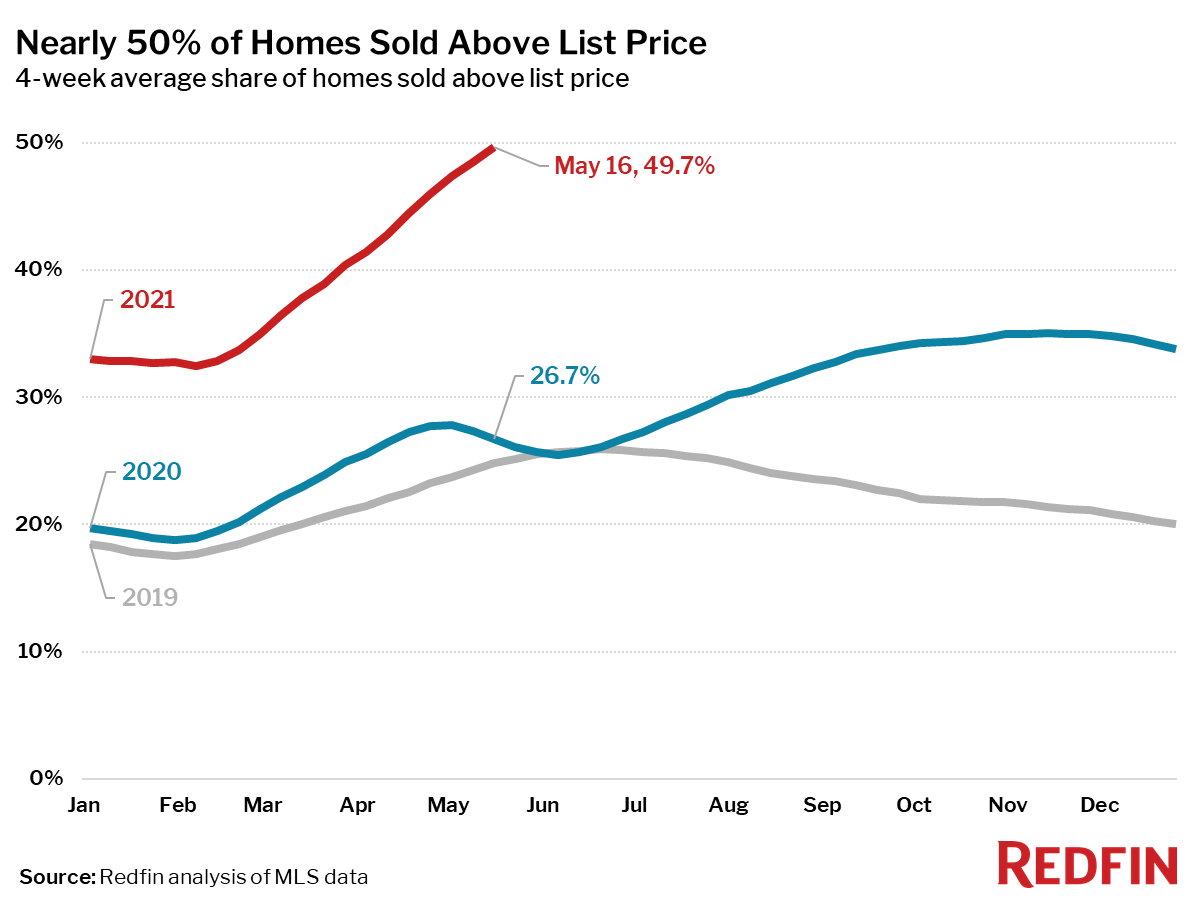 Meanwhile, 45% of homes that went under contract had an accepted offer within one week of hitting the market.

"We are seeing some early signs that the market has reached its maximum temperature," said Redfin Chief Economist Daryl Fairweather. "Mortgage purchase applications and pending sales have decreased, which may be a sign that some buyers would rather spend their money on restaurants, vacations, and other things they have held back on for the past year, instead of on housing now that the threat of the pandemic is dissipating in America. But make no mistake, the housing market is still very hot and will remain hot for the rest of the year."

Prices may remain high with the short supply of homes in high demand, as a nation tight on housing inventory is showing no signs of meeting demand. The latest report on new residential construction from the U.S. Department of Housing and Urban Development (HUD) and the U.S. Census Bureau found that housing starts dropped in April 2021, hitting 1.57 million units, down 9.5% from March, but remains 67.3% above the April 2020 rate of 938,000.