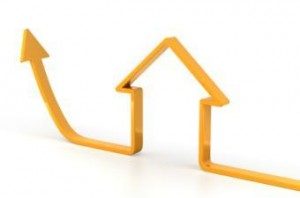 The Federal Reserve Bank of New York’s 2019 Survey of Consumer Expectations Housing Surveyshows that U.S. households expect home prices to rise at a slower price when compared to last year.

A large majority of households still view housing as a good financial investment, although the share believing housing is a “very good investment” declined across all regions, according to the survey.

The survey also concluded that the majority of renters still view obtaining a mortgage is difficult, but the share believing it is easy rose above 21% for the first time since 2014.

The survey, which is part of the broader Survey of Consumer Expectations, has been conducted annually since 2014.

Williams said one of the biggest reasons the economy has not seen more growth over the past few years is because the housing sector has “lagged relative to its historical patterns.”

New York Fed reports there are approximately 10.7 million fewer households in 2016 than there were in 2004.

According to the report, the average home-price-change expectation at both the one- and five-year horizons fell when compared to 2018. The average one-year change in home prices in 2019 was 3.6%, down from last year’s 4.6% and the second-lowest level since 2014.

The average probability of home prices decreasing at the five-year horizon jumped to 29% in 2019 from 27% in 2018. Younger respondents—under 50-years-old—believe there is more of a risk in housing compared to those over the age of 50.

Respondents, however, responded favorably toward housing as a financial investment, with 65% believing buying property in their zip code is a “very good” or “somewhat good’ investment. Nine percent think housing is a bad investment, down from 10.6% in 2018.

Reversing a five-year trend, the average reported probability of moving over the next year rose to 17.8% from 17% in 2018.

Previous: Custom Home Building Remains Stagnant
Next: What to Do With the QM Patch?