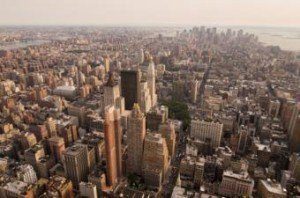 International investment in the U.S. housing market is thickest in Southern California and barely visible between the coasts, according to the latest International Demand Report by Realtor.com.

The report found that in April, Los Angeles was the top market in the United States for foreign dollars. Southern California had four of the top 11 markets for foreign interest.

Typically, the top spot switches between Los Angeles and Miami. In April, Miami placed third in international demand. It placed just behind Bellingham, Washington, on the border with British Columbia.

The Canadian connection is an important one when looking at foreign investment in the U.S. markets. According to the report, dollars from the Great White North lead the money investing in homes in U.S. metros. Combined with Mexico, which finished tenth in the ranks of countries investing here, North American investors viewed a third of listings in the United States in April.

Northern Europe, which Realtor.com defines as Ireland/U.K and Scandinavia, was the second-most interested region when it comes to U.S. investment. Northern European investors looked at 13 percent of U.S. listings in April. Investors from Western Europe, France through Germany and Austria, looked at 10 percent. The remainder was a mix of South American, Australian, and Western Asian money.

All regions showed the most interest in Los Angeles, according to the report. North American and Western Asian money, however, did concentrate a lot on the Northeast. The New York area was the fifth-most-looked-at region in April, its place sandwiched between two markets in Hawaii. Kahului and Honolulu placed fourth and sixth, respectively.

Rounding out the 10 most looked-at markets in April were Phoenix, Orlando, Riverside, and El Centro, Calif. None of April's top 10 markets are strangers to the most-viewed metros.

The most notable shift in position was Detroit, which dropped 21 places in April. In March, Detroit finished second on the list, the beneficiary of a huge surge in interest from Canadian and U.K. Investors. The report chalked up the city's sudden rise and fall to a spike in viral home listings that caught the eye of many in Canada and the U.K.

“I was curious as to whether Detroit could hold onto some of that viral momentum,” said Nicolas Bedo, an economic data analyst at Realtor.com. “Unfortunately, it did not.”

Detroit’s ranking in April actually puts the city back to where it typically is in the realm of international interest. Bedo called March Detroit's “moment in the spotlight.

“But don’t count this market out just yet,” he said. “Sitting among the top 25 metros is a comfortable spot to be in. We’ll be keeping an eye on Detroit in the coming months.”