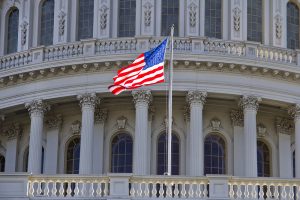 On Thursday House Republicans released their much-awaited tax reform plan. Originally expected on Wednesday, the plan proposes a limit to property taxes among other sweeping changes.

Representative Kevin Brady (R-Texas), Chair of the House Ways and Means Committee, said the bill is estimated to cost $1.51 trillion over a decade.

According to the bill titled, "Tax Cuts and Jobs Act," one of the biggest highlights will be proposed changes to the popular mortgage interest deduction. Under the Republican plan, existing homeowners can keep the deduction, but future purchases will be capped at $500,000.

As for property taxes, the bill adds limits to the state and local tax deduction—which lawmakers are proposing to limit property taxes and cap at $10,000.

"It's very clear and obvious that the whole purpose of this is a middle-class tax cut," Ryan said in an interview with CNN's Phil Mattingly, shortly after the bill was made public. "And more to the point, we need to get faster economic growth."

As the news of the tax reform plan circulated, the housing industry has reacted.

"Many of the borrowers of prime jumbo loans underlying residential mortgage-backed securities live in areas with higher state and local taxes and higher property values," said Moody's Investors Service SVP, Yehudah Forster. "An elimination of deductions for individuals’ state and local tax payments and the proposed lower cap on the size of new loans eligible for mortgage interest deductions potentially will be negative for jumbo RMBS. In addition, these changes could negatively affect home prices in certain higher-priced market segments, another negative."

The National Association of Federally-Insured Credit Unions (NAFCU) has commented on the bill as well. NAFCU President and CEO Dan Berger said, "We’re staying in close contact with lawmakers in both the House and Senate – especially those on the House Ways and Means Committee and Senate Finance Committee – to ensure the preservation of credit unions' tax exemption and to look out for credit union interests as this process continues to unfold."

The House Ways and Means Committee is scheduled to mark up the bill, the Tax Cuts and Jobs Act (H.R. 1), next week.

Additionally, President of the National Association of Realtors William E Brown said eliminating or nullifying the tax incentives for homeownership puts home values and middle-class homeowners at risk, reported New York Times. “We will have additional details upon a more thorough reading of the bill,” Brown said.

Jerry Howard, Chief Executive of the National Association of Homebuilders, said he was "very disappointed in the Republican tax plan and warned that it could create a recession in the housing market."

“It puts such severe limitations on home buyers ability to use the mortgage interest deduction that home values will fall,” Howard said in an interview, according to New York Times. “If a home seller takes a loss, that’s money they were counting on for retirement,” he said.