Mortgage Rates Down, Loan Applications Up 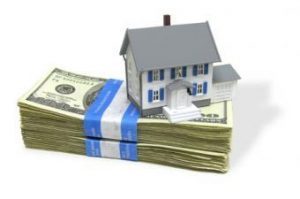 As Freddie Mac previously predicted, mortgage rates reacted to the recent drop in Treasury yield for the week ending May 25th. According to the GSE’s Primary Mortgage Market Survey, the 30-year mortgage rate fell 7 basis points week-over-week, ending at 3.95 percent with an average 0.5 point. This is down from last weeks 4.02 percent and higher than the average 3.64 percent 30-year fixed-rate mortgage from this time last year.

Coming in at an average 3.07 percent this week with an average 0.4 point, the five-year Treasury-indexed hybrid adjustable-rate mortgage (ARM) was down from the averaged 3.13 percent last week. A year ago, the five-year ARM averaged 2.87 percent.

The Mortgage Bankers Association (MBA), also released its Weekly Mortgage Applications Survey for the week ending May 19, 2017 on Wednesday. According to the organization, the average contract interest rate for 30-year fixed-rate mortgages with conforming loan balances, $424,100 or less, decreased to its lowest level since November 2016. It was reported at 4.17 percent, from 4.23 percent, with points increasing to 0.39 from 0.37 including the origination fee for 80 percent loan-to-value ratio loans. This, again, is a decrease from last week.

The Market Composite Index, a measure of mortgage loan application volume, increased 4.4 percent on a seasonally adjusted basis from last week according to the MBA.  On an unadjusted basis, the Index increased 3 percent compared with the previous week. The Refinance Index increased 11 percent from the previous week to its highest level since March 2017. The seasonally adjusted Purchase Index decreased 1 percent from one week earlier. The unadjusted Purchase Index decreased 2 percent compared with the previous week and was 3 percent higher than the same week one year ago.

BankRate.com surveys experts in the mortgage industry to see their thoughts on the likelihood of rates rising, falling or remaining unchanged in the next week. This group is comprised of mortgage brokers and other industry professionals who provide residential first mortgages to consumers. Thirty percent of the specialists said the rates would go up while 10 percent said it would go down, leaving the last 60 percent in the unchanged category.