Home >> Daily Dose >> FormFree Adds Kevin Watters to Its Board

FormFree Adds Kevin Watters to Its Board 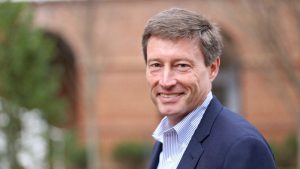 Fintech provider FormFree has named Kevin Watters, former CEO of Mortgage Banking for JPMorgan Chase, to its board of directors. Watters is a payments, mortgage lending and business banking specialist, known for his ability to scale financial services businesses through operational and technology transformation.

Watters has served as CMO of Wingspan (a Bank One subsidiary) and President of Bank One's corporate internet group until its acquisition by JPMorgan Chase. Watters served in multiple senior executive positions during his 18-year tenure at JPMorgan Chase, including five years as President of its Corporate Internet Group, and five years as CEO of its Business Banking Division. He also served as CEO of Mortgage Banking, where he played a critical role in restoring profitability to the division after the financial crisis. In his final year at the company, Watters was named CEO of Chase Card Services.

"FormFree's vision for putting consumers in control of their Financial DNA, evangelized by Founder Brent Chandler and brought to life by a dedicated team of innovators, is compelling and timely. I am very pleased to help shape FormFree's trajectory as a member of its board of directors," said Watters. "My experience helping financial services businesses scale will be valuable to FormFree as it continues bringing to market innovative technologies that foster a more inclusive financial sector."

Since retiring from JPMorgan Chase, Watters has taken on roles as an advisor and educator. In 2019, Watters began teaching finance as an Adjunct Professor at Tulane University. In 2020, Watters joined Lightyear Capital, a New York-based private equity firm, as Senior Advisor to Fund V, which focuses on digitalization in the financial sector and payments technologies. In March 2021, Watters was tapped by Boston Consulting Group as a Senior Advisor.

"Kevin's deep knowledge of the payments, lending and banking sectors will be a boon to FormFree as we create cutting-edge solutions that promote consumer accessibility to financial services without increasing lender risk," said Chandler. "We are proud to count Kevin as an advisor and welcome him to our board."