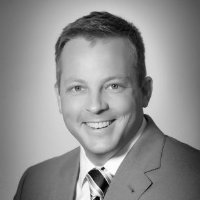 “We would like to thank Michael for his financial leadership and his many contributions over the last four years,” said Ron Faris, President and CEO of Ocwen. “While at Ocwen, Michael has focused his efforts on ensuring the Company is in solid financial standing and is well positioned for future success. We respect Michael’s personal decision, and we wish him the best in his new position.”

The company reported that they have begun a search for qualified internal and external candidates to fill the CFO position.

Bourque's resignation comes only a few weeks after President and CEO Ron Faris announced his own impending resignation. Faris will remain President and CEO through June 30, 2018, and will remain a consultant to the company. Ocwen's Board of Directors appointed Glen A. Messina as President and CEO, effective concurrently with the closing of Ocwen’s previously announced acquisition of PHH Corporation. He will also be appointed as a member of Ocwen’s Board at that time. Messina will be based at Ocwen’s West Palm Beach, Florida, corporate headquarters. Ocwen announced its acquisition of PHH Corporation for $360 million in February 2018.

The company also reported a decrease in loan delinquencies from 9.3 percent as of December 31, 2017, to 9.0 percent as of March 31, 2018. It explained this decrease as “primarily driven by loss mitigation efforts.”

Previous: How Did Mortgage Rates Perform?
Next: 10 Cities That are Buyers’ Markets