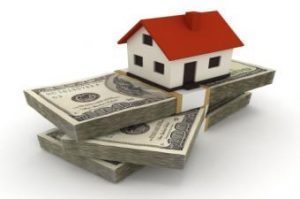 “Over the last year, analysts suggested that one factor pushing prices higher was the unusually low inventory of homes for sale. People are staying in their homes longer rather than selling and trading up. If mortgage rates, currently near 4 percent, rise further, this could deter more people from selling and keep pressure on inventories and prices.”

For the year ending in March, the National average rose 0.1 percent, from 5.7 percent to 5.8 percent, the highest it has been in the last 33 months. On a month-to-month comparison from February to March the index gained 0.8 percent before seasonal adjustments and 0.3 percent after.

The 10-City Composite Index, which is composed of the Boston, Chicago, Denver, Las Vegas, Los Angeles, South Florida, New York, San Diego, San Francisco, and Washington, D.C. metros, also saw increases in the prices of homes. Year-over-year saw a 5.2 percent increase while month-over-month, both the seasonally and non-seasonally adjusted data reported 0.9 percent increase, which was the same as February.

The 20-City Composite Index showed similar results as its smaller counterpart. Non-seasonally adjusted month-to-month measurements showed a 1 percent increase in the price of homes, with 18 out of the 20 metro areas measured reporting average increases. The only two metros that reported cheaper houses Cleveland, and Tampa. Once the index was seasonally adjusted, that number fell to 0.9 percent, and the Chicago metro joined the ranks of eroding house prices. Year-over-year, the average increase held at 5.9 percent.

The areas with the highest increase of home prices year-over-year were metros in the Pacific Northwest and southwest: Seattle, with a 21.3 percent increase; Portland at 9.2 percent; Dallas with 8.6 percent; and Denver at 8.5 percent. Cities along the east coast showed the lowest year-over-year increase, namely New York at 4.1 percent and Washington, D.C. at 4.2 percent. You can find a breakdown of all 20 individual metro areas and their month-over-month and year-over-year changes in the table below.

The S&P CoreLogic Indices are measured on a three month moving average and published by S&P Dow Jones at 9 a.m. on the last Tuesday of every month. Levels are measured in relation to a normalization value of 100 in 1890 when the data first started being measured.