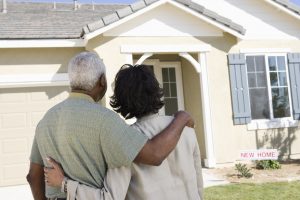 Consumers aged 62 and older face a unique set of financial difficulties, according to the Monthly Complaint Report released by the Consumer Financial Protection Bureau [1] on Wednesday. One of their prime concerns? Servicing issues with reverse mortgages.

According to the report, “servicing problems with reverse mortgages” came in as one of the most-complained about issues from consumers at least 62. Often, these problems even lead to erroneous foreclosure.

“Older consumers with reverse mortgages seeking to stay in their house following the death of the borrowing spouse report servicing problems that sometimes result in foreclosure proceedings,” the CFPB reported.

Complaints surrounding reverse mortgages have long been common. The CFPB even produced a report [2] on the matter in 2015. The report showed that 1,200 reverse mortgage complaints were filed between December 2011 and December 2014. The most-cited concerns were “difficulty with changing the loan terms” and “problems communicating with loan servicers.”

Overall, complaints related to mortgages, in general, comprise 26 percent of all CFPB complaints submitted by consumers 62-plus; that's 10 percent higher than the number of mortgage-related complaints from consumers under 62.

“With more than 10,000 Americans turning 62 every day, older consumers are one of the fastest growing consumer groups in the marketplace,” the CFPB reported. “While older consumers are living longer and healthier lives than ever before, a growing number of older consumers face financial exploitation, struggles with debt, and entering retirement with limited savings.”

According to CFPB Director Richard Cordray, aging consumers are at a higher risk for financial issues than their younger counterparts.

“Older consumers who may be on a fixed income are at a greater risk for financial trouble if they encounter problems with financial products or services,” Cordray said. “The complaints submitted by older consumers are important for the Bureau to ensure we are properly looking out for this segment of the population.”

CFPB complaints from older consumers were most common in California, Florida, and Texas. The three states accounted for almost 25 percent of all complaints since 2011.