Powell: Burden on Bank Boards Likely to Be Relaxed 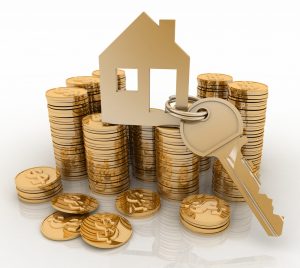 On Thursday, Federal Reserve Governor Jerome Powell went on record with CNBC saying the Fed plans on reviewing some of the more “outdated” rules mandated by the Dodd-Frank Act that placed additional responsibilities onto banks’ board of directors, although not to the extent as President Trump has suggested.

Powell believes that while the Dodd-Frank Act was a success, it is the obligation of the Fed to review the post-crisis reform program for any redundancies, and single out both inefficient and successful policies in order to best remain effective in a new market.

One of those redundancies, Powell said, is the requirement of the Dodd-Frank Act that banks’ board of directors ensure the banks are complying with all federal and state regulations, which effectively forced them to get tied up in day-to-day operations rather than focus on the big picture.

Powell also said he thought it was important to address the Fed’s stress test, the Comprehensive Capital Analysis and Review (CCAR). Banks have raised concerns about the CCAR for years, stating that there was no rhyme or reason to the way the Fed conducted its “qualitative review” portion of the test. However, Former Federal Reserve Governor Daniel Tarullo believed that if banks knew too much information about the qualitative aspect of the stress test, they would be able to game the system. Powell doesn’t think so.

“We’re committed to running … as transparent as possible and effective as possible a [sic] set of stress tests … we want to continue and strengthen that.”

He also said the Fed will be accepting the public’s thoughts on ways to improve the stress test.

This isn’t the only review of the Dodd-Frank Act coming up. The House of Representatives will be voting on the CHOICE Act, HR 10 on Wednesday, June 7, but still has a long way to go before it becomes law.

Previous: With Tight Inventory, Rents are on the Rise
Next: Liz Bryant Named to Lead Wells Fargo’s Retail Sales