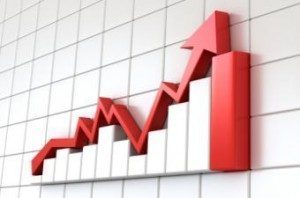 According to the CoreLogic HPI, prices nationwide, including distressed sales, increased by 6.9 percent year-over-year. Month-over-month sales increased by 1.6 percent in April 2017 compared to March 2017.

“Mortgage rates in April dipped back to their lowest level since November of last year, spurring home-buying activity,” said Dr. Frank Nothaft, Chief Economist for CoreLogic. “In some metro areas, there has been a bidding frenzy as multiple contracts are placed on a single home. This has led home-price growth to outpace rent gains. Nationally, home prices were up 6.9 percent over the last year, while rent growth for single-family rental homes recorded a 3 percent rise through April, according to the CoreLogic Single-Family Rental Index.”

“Interest rates on fixed-rate mortgages are down by one-fourth of a percentage point since mid-March, just in time to support the spring home-buying season,” said Frank Martell, President and CEO of CoreLogic. “Some metro areas have low for-sale inventory, short time-on-market trends and homes that sell above the list price. Geographically, gains were strongest in the West with Washington and Utah posting double-digit gains.”

Washington had the largest change in home prices, coming in at 12 percent HPI change year-over-year. At -3.9 percent, Wyoming’s home prices went down in the month of April.