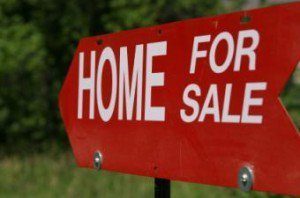 According to a recent ranking published by Redfin on Wednesday, second homes—particularly ones on the waterfront—may be more affordable than most homeowners believed. That is, if they know where to look.

Cities had to meet certain requirements in order to make the list. First, municipalities had to have a minimum population of 1,000 people, and at least three percent of vacant homes must have been designated as for seasonal use as determined by the United States Census Bureau. Finally, median price per square foot had to be lower than $300 and average sale price under $1 million.

The report considered three main factors into account when deciding which 15 beach towns had the most affordable real estate: median home sale price, percentage of total homes on the waterfront, and the general walking score, which takes into account proximity to public transportation, commute times, and distance to entertainment, restaurants, and nightlife.

Atlantic City, New Jersey was the number one most affordable and enjoyable place to buy a vacation home, with a median house price of $52,250 and 27.6 percent of homes on the water front. Its walking score was 72 due to the quality of beaches and large cluster of bars, dining spots, casinos, and year-round events along the boardwalk. Only one other city in New Jersey made the list: Long Branch, at number 14, with a median sale price of $332,500, walking score of 62, and 17 percent of total homes nestled along the waterfront.

Florida had the most cities make the cut, with 7, including: Miami (#2), Clearwater (#3), West Palm Beach (#4), Daytona Beach (#5), Fort Pierce (#8), Sarasota (#9), and Jacksonville (#10). Like New Jersey, Texas saw two cities—Corpus Christ and Galveston—make the list, while Virginia, Maine, South Carolina, and California all had one.

Atlantic City, New Jersey and Daytona Beach, Florida were the only two cities with a median sale price under $150,000. Oxnard, California had the highest median sales price of $450,000.