The Trump administration recently celebrated 500 days in office. How has the landscape of the housing industry changed during that time? In this piece, MReport walks you through the key legislation and nominations that have impacted the industry since January 2017. 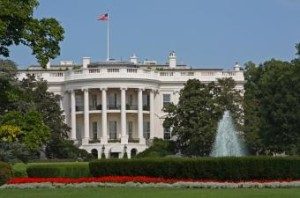 The tax reform bill, perhaps the administration's key piece of legislation passed in these 500 days, was signed into law in December 2017. While the bill had major implications for many industries, several key provisions impacted the housing industry. From downsized mortgage interest rate reduction and limits on property tax deductions to tax break stays for homesellers, the $1.4 trillion tax cut bill impacted homeowners, buyers, and sellers.

While the fall in unemployment is part of a larger revival in jobs predating the current administration, the latest numbers from the Bureau of Labor Statistics indicated that the unemployment rate had fallen to 3.8 percent by the end of April. For the housing industry, which continues its struggle with the supply side, the latest job numbers also meant an increase in construction labor. The latest jobs report indicated that jobs in construction had risen by 286,000 over the past 12 months. When looking at the quality of life and housing across the country, OECD's Better Life Index indicated that the U.S. ranked among the top countries in housing, income, and wealth, roughly at the same rank as when President Trump was sworn into office.

A Look at Legislation

In May, the Dodd-Frank Reform bill—known officially as the Economic Growth, Regulatory Relief, and Consumer Protection Act—was signed into law by President Trump. The bill seeks to evolve and streamline regulations put in place by the 2010 Dodd-Frank Act and was passed by the House on May 22, by a vote of 258-159. “This is a moment years in the making, and I thank my colleagues in the Senate and the House of Representatives for their partnership and contributions to this effort over the years,” said Sen. Mike Crapo (R-ID), Chairman of the Senate Banking Committee. “This step toward right-sizing regulation will allow local banks and credit unions to focus more on lending, in turn propelling economic growth and creating jobs on Main Street and in our communities. This is an important moment for small financial institutions, small businesses, and families across America.”

While the Dodd-Frank reform bill was still being discussed, the House of Representatives passed a new bill in April that would streamline the Volcker Rule. Implemented as part of the larger Dodd-Frank Wall Street Reform and Consumer Protection Act, the Volcker Rule limits the types of speculative investments banks can participate in, as a way to try and prevent some of the factors that contributed to the 2008 financial crisis. This new House bill, passed with a vote of 300-104, would make the Federal Reserve the sole regulator for Volcker Rule compliance. At the time, some proponents of the Volcker rule called for the bill to be rolled into the larger Dodd-Frank reform bill. However, the bill remains a separate piece of legislation and moved forward recently after the SEC voted on the overhaul. The SEC was the last of the five financial agencies required to sign off on the changes. According to Bloomberg, the changes are being viewed as a significant win for banks that have "long argued the original rule was overly complex and costly to comply with." 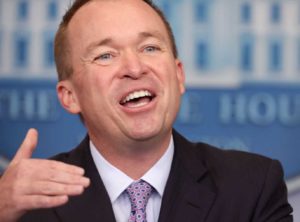 In the 500 days since the administration took office, many of President Trump's nominees have been appointed to key positions. From the Fed Chairman to the most recent appointment of the head of the FHA (a position that had been vacant for the past four years), the nominations and appointments made by this administration are set to have a far-reaching effect on the housing industry.

Most recently, in May, Brian Montgomery, who had been nominated by the President for the position of Assistant Secretary for Housing-Federal Housing Commissioner, U.S. Department of Housing and Urban Development in November, was approved by the Senate by a vote of 74-33. “I’m honored to have the opportunity to serve with Secretary Carson and the team at HUD to further equal access to affordable rental housing and homeownership opportunities and seek solutions to restore vitality to the housing market,” Montgomery said in a statement. Montgomery, an industry veteran, served in the Executive Office of the President during the Administration of President George W. Bush before transitioning to his role as Assistant Secretary at HUD and FHA Commissioner under Presidents Bush and Obama. In recent years, he has served as Vice Chairman at The Collingwood Group, LLC, a Washington DC-based real estate finance consulting firm.

In November 2017, President Trump nominated Jerome Powell for the position of Fed Chair "He's strong, he's committed, and he's smart," President Trump said during the official announcement. "And if he is confirmed by the Senate he will put his considerable talents and experience to work, leading our nation's central independent bank, which has the critical responsibility to set monetary policy and our banking system as a whole." Powell won the Senate over and was appointed to this position in early 2018. During his Congressional testimony in February after being confirmed, he backed further interest rate hikes.

Around the same time, the President nominated Mick Mulvaney, the Federal Budget Director to the position of Acting Director of the Consumer Financial Protection Bureau (CFPB). While the decision was a controversial one at that time, Mulvaney has brought in a slew of changes at the consumer watchdog. From requesting for $0 in funding for the CFPB in the second quarter to announcing that the Bureau had to be more "transparent and accountable," Mulvaney has made quick changes to the way the Bureau works.

In March 2017, Dr. Ben Carson was appointed as HUD secretary after a final Senate vote of 58-41.  “I am immensely grateful and deeply humbled to take on such an important role in service to the American people,” said Secretary Carson had said upon his appointment. Since then, despite the controversies, under his leadership, HUD has taken on several important initiatives such as announcing a major disbursement of funds to help communities still recovering from the 2017 natural disasters, partnering with the Department of Justice to end sexual assault in housing, and most recently commemorating 50 years of the Fair Housing Act.

Previous: MBA’s Next President & CEO Announced—Industry Reaction
Next: What is the Biggest Impediment for Borrowers?