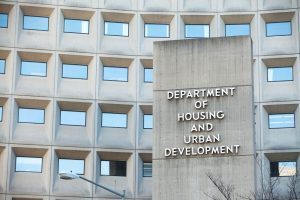 Department of Housing and Urban Development (HUD) Secretary Ben Carson was met with strong words Thursday morning when he appeared before the U.S. House of Representatives Subcommittee on Appropriations to defend the proposed housing budget for the fiscal year.

In opening statements, Rep. Nita Lowey (D-NY) called the administration’s proposed budget, “inadequate at best, unconscionable at worst.” Other members of the committee expressed their concerns with the department’s total $6 billion cut to the budget, and pressed Secretary Carson as to how he planned on serving the many at-risk communities that were already underrepresented.

Secretary Carson remained poised, articulate, and open as the subcommittee members took turns voicing their specific concerns. Ranking Member Rep. David Price (D-NC) started the inquiry by addressing whispers about majority calls to ignore Democratic oversight, asking if the HUD had any policy in place to ignore inquiries, requests, or questions from ranking members or members of the minority party. The Secretary gave his assurances that no such policy existed, nor would it ever exist, even when the question was repeated.

Other concerns that were addressed by the committee were: the fate of people with disabilities; elimination of vouchers and the SHOCK program; Housing Opportunities for Persons with AIDS budget cuts and the health of the HIV/AIDS community; community blight and its fallout; funding delays caused by bureaucratic red-tape; and the underserved rural community.

With each question Secretary Carson validated the members’ concerns and expressed his willingness to work in tandem to find solutions with the $40.7 billions his department has been allocated in the federal budget. “The pie is only so big,” he said. “If we can make the pie bigger, we can make more slices.”

Secretary Carson went on to say that the playbook had to be changed, and that while the department was working to become more efficient by hiring a COO, nominating a CFO and CIO, and operating more like a business, there simply was only so much money to go around.

Most subcommittee members were receptive to Secretary Carson’s responses and expressed excitement to work with him in the future on various programs. Rep. Katherine Clark (D-Mass), however, remained skeptical.

“This budget as a whole is a recipe for killing our economy. I am baffled at how you think this is going to work.”

Carson echoed his previous claims that education, mentorship programs, and a public-private partnership were long-term solutions to the housing sector’s problems.

“We would never do anything to harm something we see as something thats a solution … [w]e are going to be working assiduously to make sure that we actually expand on those [programs], regardless of under what name we do it.”

The subcommittee will be submitting additional questions to the HUD. Secretary Carson will have 30 days from Friday to return his response.