Home >> Daily Dose >> The 20 Percent Downpayment: A Thing of the Past?

The 20 Percent Downpayment: A Thing of the Past? 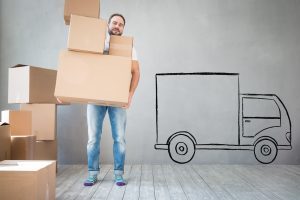 The survey tracks home sales to first-time homebuyers on a monthly basis, publishes quarterly, and compares the data against national housing market indicators. It is also singles out and identify homebuyers that purchased their home using a VA loan, USDA loan, FHA loan, or with a low downpayment coupled with mortgage insurance instead of the traditional 20 percent downpayment that has historically been required.

It also found that first-time homebuyers were the driving force behind the expansion of the housing market between 2014 and 2016, making up 85 percent of total sales and averaging an increase of 260,000 sales per year, two years in a row. During that time period, FHA loans were used 80 percent of the time to secure a mortgage—around 730,000 loans. An estimated 510,000 sales used private mortgage insurance to purchase their home, further reducing the number of homes obtained through a traditional 20 percent downpayment.

In order to fully understand and predict the first-time homebuyer market, the report also tracks repeat homebuyers. In 2016, repeat homebuyers accounted for only 63 percent of home sales, the lowest since 2000. This is attributed to lower asset accumulation, preventing people from upgrading their living situation.

In a statement released with this new data, Tian Liu, Chief Economist for Genworth Mortgage Insurance, said, “[First-time homebuyers’] impact has already been felt in falling inventory and rising home prices, and we expect them to increasingly drive growth to businesses most exposed to this market segment …  [b]y studying this group more closely, we hope to bring a better understanding about the many low down payment options available to help first-time homebuyers reach homeownership sooner.”