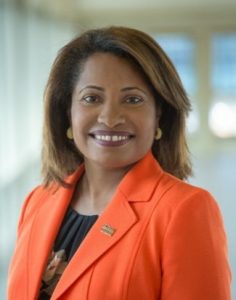 He said in a statement, "Congratulations to Deputy Secretary Todman and Administrator Fernandez on their confirmations. Both are distinguished public servants who understand the challenges we face, and will work to address the growing housing and transportation needs in cities, Indian country, and rural areas. I look forward to working with them to make equitable and sustainable infrastructure investments so we can build thriving communities."

David M. Dworkin President and CEO National Housing Conference (NHC) in March announced support for Todman, calling the former National Association of Housing and Redevelopment Officials (NAHRO) CEO the "perfect combination of experience to one of the nation’s most important positions in housing. She understands the needs of HUD’s primary constituencies, who are the housing and redevelopment officials throughout the country navigating HUD’s programs and successfully maximizing the impact of its funding."

He pointed to her previous experience at NAHRO and the District of Columbia Housing Authority where she gained "real-world knowledge of our housing challenges that is so essential to understanding the needs of the people and communities served by the Department."

A press release from NAHRO notes that "Todman was easily confirmed by a unanimous voice vote."

Her former employer, NAHRO President Sunny Shaw, writes, "NAHRO’s loss is our country’s gain. We are grateful for the fearless and effective leadership she brought to NAHRO, and for the many ways in which she strengthened our association. We are thrilled to see such an experienced houser and proven leader, with such a deep understanding of affordable housing policy and practice, serve as Deputy Secretary at HUD, and we look forward to working with her in her new capacity."

More support for the U.S. Virgin Islands native came from a number of housing advocates. The National Fair Housing Alliance, for example, Tweeted support, noting that "Todman has been instrumental in the fight for fair and affordable housing."

Adrianne Todman has been instrumental in the fight for fair and affordable housing, and NFHA congratulates her on her confirmation as @HUDgov Deputy Secretary. Read our full statement: https://t.co/GlmMsS0ngl.

In an additional statement, NFHA President Lisa Rice said, "With a great leadership team in place at HUD, now is the time to take bold, meaningful actions. We look forward to working with Secretary Fudge, Deputy Secretary Todman, and the Biden-Harris Administration as a whole to implement fair housing priorities to ensure everyone has access to decent, affordable housing in healthy, vibrant, well-resourced communities free from discrimination."

2021-06-11
Christina Hughes Babb
Previous: Experts Suggest No. 1 Way to Replenish Housing Inventory
Next: Rate Locks Down Across All Mortgage Products