Home >> Daily Dose >> Which Cities Have the Most Non-Owner-Occupied Houses?

Which Cities Have the Most Non-Owner-Occupied Houses? 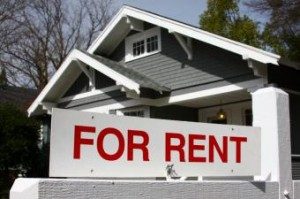 Whether they’re hoping to get ahold of an older abode or a freshly built one, today’s dearth of for-sale stock isn’t doing would-be buyers any favors. Every ounce of available inventory makes a difference, including non-owner-occupied properties (i.e., vacation, investment, and second homes).

To assess their impact on inventory, LendingTree recently identified the U.S. cities with the highest share of mortgages originated for non-owner-occupied homes. “Many such properties are often bought for cash, however, which means our mortgage-focused study likely understates the effect on the market,” the company noted.

When dissecting the data, LendingTree detected a definite regional trend, with cities claiming the most non-owner-occupied properties located mostly in the South and West.

Cities with the fewest non-owner-occupied properties trend in the Northeast and Midwest, where “affordable homes mean the opportunity to be a homeowner is high and less appreciation attracts less investors,” LendingTree explained.